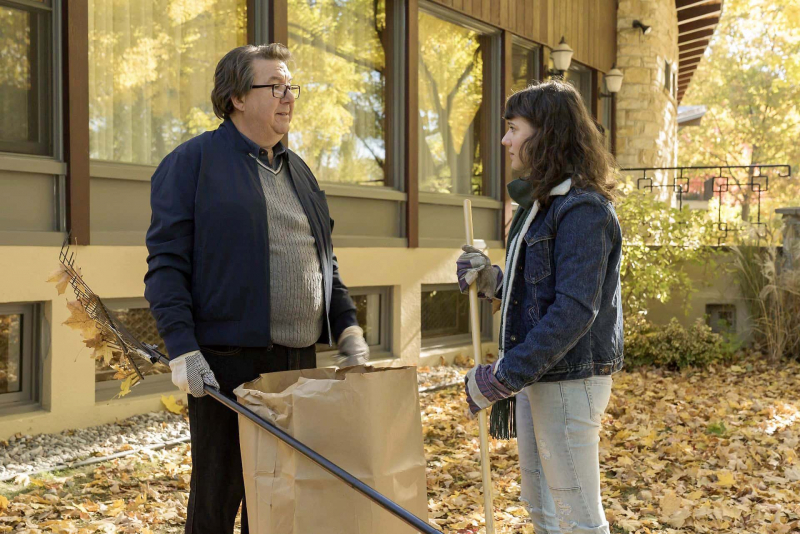 In 50 years of career, Rémy Girard had never experienced such a situation. In March 2020, everything was in place for the release of the film You Will Remember Me, in which he plays a history teacher who suffers from memory loss. The promotional campaign was going well and the feature film even received a very warm welcome during a preview presented in Quebec.

Then the threat of a pandemic, which had been rumbling for a few weeks, materialized on March 12, 2020, when the Legault government declared a state of health emergency. The producer of You Will Remember Me, Christian Larouche, quickly decided to postpone the release of the film. Mr. Larouche has tried to revive it in the months – and years! – following, but each time, a new wave of COVID-19 came to screw up his plans.

Rémy Girard and Karelle Tremblay in a scene from the film You will remember me.

This time it's the right one: You will remember mewill finally be released next Friday, everywhere in Quebec. So here we are again seated in front of Rémy Girard, two and a half years after having met him at the same hotel in Old Montreal, to discuss his role in the film.

“It's strange because it feels like the movie is behind us, but at the same time the audience hasn't seen it yet. This is the first time this has happened to me, something like this. But I think the story of the film is as true today as it was two and a half years ago. It is the story of a family that is taken with this disease [Alzheimer]. Because there is not just the patient. There is also the family around him who suffers.”

Inspired by his father

Directed by Éric Tessier (Junior Major ) based on the play of the same title by playwright François Archambault, You will remember me immerses us in the daily life of Édouard (Rémy Girard), a history teacher who loses little by little the memory.

While his wife (France Castel) is exhausted from having to take care of him and his daughter (Julie Le Breton) is too busy with her work, his stepson (David Boutin) will propose to his daughter, Bérénice (Karelle Tremblay ), to watch over him. Against all odds, Édouard will become attached to this rebellious young girl who will bring back to him old memories that he wanted to forget. me, Rémy Girard quickly resonated with his own family history. His father lived with a similar disease before he died.

“My father suffered from vascular dementia and had the same kind of behavior as the character in the film,” says the Barbarian invasions and the Decline of the American Empire.

“I didn't play my father in the film, but those were references I had, because I saw his deterioration. It was pretty quick for him, about two years. In the early days of the illness, there were days when he seemed to be fine. He was very lucid and lit, especially when it came to the past. Because at the beginning, it is the immediate memory that fails. It often takes a while before true deep memory is reached. We see it with my character in the film: he clings to what he experienced before. He can tell stories of war in the Middle Ages, but he can't remember what he ate that morning!

“What I like about the film, it's that there is still a form of humor that is always present. It allows the spectators to breathe.”

Thanks to Guy Nadon

Éric Tessier had the chance to read François Archambault's play even before it was staged at the Théâtre La Licorne in 2014. It was actor Guy Nadon – who was then preparing to play the main role in the play – who suggested the filmmaker read it, while they were filming the series together O'.

“Guy sent me a copy of the play I read on the plane on my way home from a festival in Qatar, recalls filmmaker. I had a kind of epiphany. I fell in love with this story. I was shaking and crying on the plane. I thought I had to share this with everyone. And for me, the best way to do that was to make it into a movie.”

► You Will Remember Me hits theaters November 4.