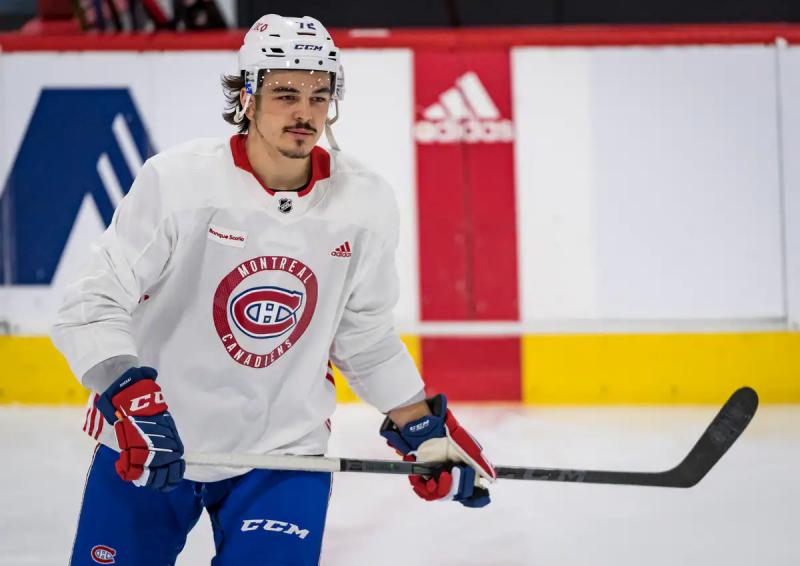 BROSSARD | Growing up, Arber Xhekaj looked to Drew Doughty and P.K. Subban as blueline inspirations. Pavel Datsyuk, however, remained his favorite player for his quick hands.

As Xhekaj got older, he drew inspiration from defenders who fit more into his mold like Ben Chiarot and Jake Muzzin .

At 6'4″ and 238lbs, Xhekaj is a big guy. At the rookie tournament in Buffalo, the 21-year-old defenseman also showed his mean side with hard-hitting body checks and a fierce fight against former Shawinigan Cataractes defenseman Zachary Massicotte, a guest at the Ottawa Senators rookie camp. 'Ottawa.

“It's never a bad thing if people talk about you,” Xhekaj said. I know the Senators weren't happy with my game, but I just played with great intensity and with my heart. »

“I have to play my style. I showed the organization that I can hold my own in a battle. But I know they're not just looking at that. If I have to defend a teammate, I will. However, there is much more to my game. I am not only a robust defender, I read the game well and I can restart the attack. »

Never drafted, Xhekaj initialed a contract with CH in October 2021 after participation in the rookie camp and the real team camp. Since that day, the defender from Hamilton, Ontario has never stopped climbing the ranks. He is now one of the organization's top prospects.

Over the next few days, he will find himself in a fight with the Kaiden Guhle, Jordan Harris, Justin Barron and Corey Schueneman for the last three positions available on the blue line.

“I have remained calm since the start of the camp, I do not feel too nervous, he replied. I will play where the Canadiens ask me to. I will do my best in Laval or Montreal. But my real goal is to become a regular defenseman in the NHL with the Canadiens. »

In the stands for the first preseason meeting against the Devils, Xhekaj will play a first game against the Maple Leafs.

“I will play in front of my family and friends. Toronto is not even an hour from my hometown (Hamilton). This is the team I watched in my youth. It will be a special evening. »

While he sometimes looked like a man against kids during camp in Buffalo, Xhekaj expects a different reality against more experienced players.

“Yeah, it will be different. I will have to control myself a little more. I won't be able to run on the ice and try to rip a rival's head off. I will need to stay calm. If I look too hard for checking, I can also get burned. Players are faster, smarter, stronger and they can also avoid contact more easily. But I will remain the same physical defender.

Xhekaj has already built his reputation with his physical game, but he also has offensive skills. In his 20-year season in the Ontario Junior League, he had 16 points (6 goals, 10 assists) in 18 playoff games with the Hamilton Bulldogs. He finished the year with 34 points (12 goals, 22 assists) in 51 games with the Kitchener Rangers and Bulldogs. He also maintained a differential of +44.