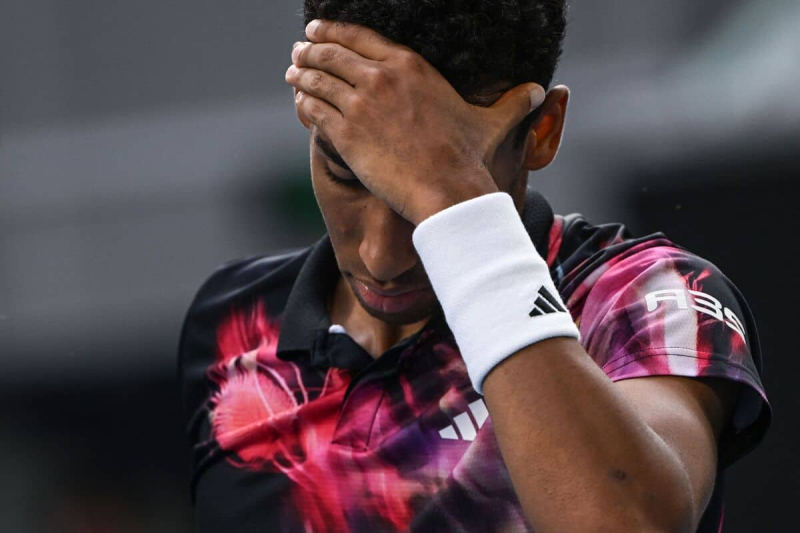 MELBOURNE, Australia | Since the start of the Australian fortnight, Félix Auger-Aliassime has tried to hang on as best he could, despite a level of play below that which the Quebecer had presented in the last weeks of 2022.

“It's been a tough week. I remain a little on my hunger, lamented the sixth favorite, who had reached the quarters last year in Australia. I didn't feel like I expressed my game the best I could and I just have to accept that.”

While Félix struggled to find his touch in Melbourne's biggest stadiums, Lehecka has taken on the allure of a giant killer in the past week.

At just 21, the Czech beat 21st seeded Croatian Borna Coric in the first round. He then overthrew Briton Cameron Norrie, 11th, in the third round, before pinning Felix to his list.

However, the meeting had started badly for Lehecka. Auger-Aliassime seemed to have regained his touch. The Quebecer's level of play had improved a bit from match to match: this start to the meeting suggested that he had finally taken his way.

Félix quickly took control of the first set, breaking Lehecka at 1-1, on an unforced error from the Czech. On the field of a Margaret Court stadium where several Canadian flags were waved, the two players then kept their serve throughout.

But the damage was done for Lehecka, who was desperately trying to aim for the lines, without much success.

Much like it was the case in the previous round against the Argentinian Francisco Cerundolo, “FAA” however lost its luster in the next set. Mined by unprovoked errors (45 in total during the match) and even seven double faults, Auger-Aliassime conceded his first break of the game at the end of the set.

The next two were closer , punctuated by some beautiful exchanges, but also, by the power of Félix in the service, especially in the most critical moments. The catch is that the 22-year-old never found the key back.

And that he has, by his own admission, played two bad tiebreakers. “I had a hard time winning points on his serve, so I had less confidence in the break,” conceded Auger-Aliassime.

Not in top form< /strong>

After some 3h 10min of play, as the lights came on on Magaret Court, announcing the imminent start of the evening session, the curtain fell on Félix's course in Melbourne.

The world No. 7 scored well at 4-3 in the fourth set tiebreaker. But he then conceded three match points to his rival, who materialized the first.

“He played better than me overall, pointed out the Quebecer. I am proud of my effort, but my level is not where I would like it to be.”

“I had good moments here and there in the tournament, except that I didn't haven't been as consistent as when I've been playing well lately. I will try to see what happened, but there is nothing more I can do at the moment,” he regretted.