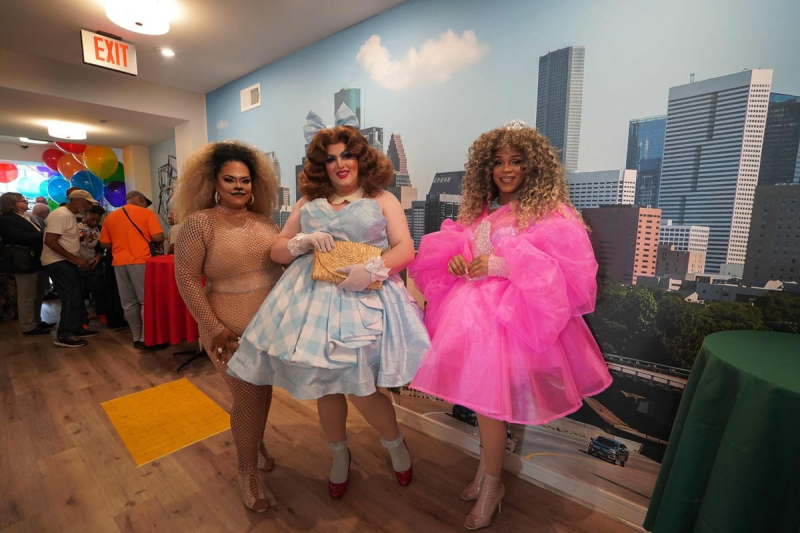 As Republicans in Tennessee submitted a bill that notably targets male or female drag performers who could be charged with a misdemeanor or felony under certain conditions, the Republican majority in Texas would like to join to the movement, adding the criminalization of parents who authorize their minor child to make a transition.

This is what we learn on Twitter once again several reporters and specialists in LGBTQ+ issues in the States States.

They define drag as anyone with a differing gender identity than their assigned gender at birth performing. That's the literal definition of trans people. Having a trans person perform at all by singing, dancing, or performing renders a venue a "sexually oriented business."

Indeed, two bills, HB643 and HB672, have been introduced in the Texas legislature; the former would make establishments that hold drag shows and performances a class A misdemeanor if they allow minors in at any time; and for the second, any parent who consents to gender-affirming care would be accused of child abuse.

Texas has filed a bill that would make "consenting to gender affirming care" child abuse with prison sentences for parents.

HB672 will mean a mass rounding up of trans kids if passed.

It is the most horrifying piece of anti-trans legislation I've ever seen. pic.twitter.com/zpWHHuO2l6

Unlike the Tennessee bill which characterized drags as “male or female impersonators providing entertainment having a lustful appearance or appeal”, the Texas bill is for these specialists much harsher in its definitions. He would choose a language that fits with the second project, HB672, a language against trans people.

Indeed, the HB643 project designates as drag any person with a gender identity different from that which they was assigned at birth. However, as journalist Alejandra Caraballo explains, “this is the literal definition of trans people”.

Thus, beyond the fact of participating in the banishment of the public space of the art of drag, the Texas proposal could also clearly banish trans people from all public cultural activities, and this, in a clearer way than the Republican proposal in Tennessee.

This is a literal ban on trans people performing in any capacity. A trans actor in a musical singing would suddenly make it "drag" and thus result in the play venue being labeled a "sexually oriented business."

Here too such a bill, if accepted, could further diminish the rights of this sexual minority in this conservative state of the Southern United States.

For example, Texas Attorney General Ken Paxton recently launched numerous investigations into puberty blockers, the pharmaceuticals that produce them and the doctors that prescribe them, affiliating with “child abuse”. Also, trans people are not allowed to practice women's sports.