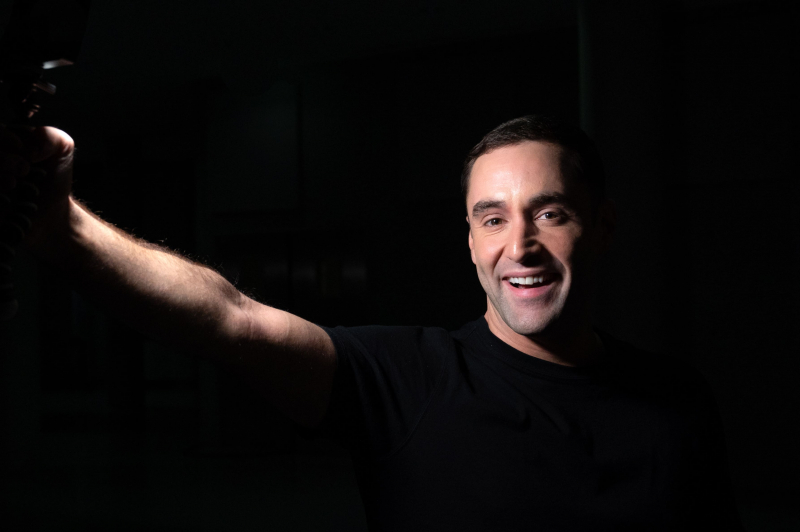 PARIS | David Latulippe is not about to forget his first performance of Starmania. The Quebecer, who plays Zéro Janvier in the new version of the rock opera, burst into tears after performing Le blues du businessman on stage. “It's the role of a lifetime,” he says.

Even after a long day of rehearsals, David Latulippe is all smiles when he meets the Journal representativebehind the scenes of the musical Seine, where the show takes place on Friday evening. Yes, it is past 8 p.m. and fatigue is being felt, he concedes. But there's no question of letting her undermine her pleasure.

“Every time I'm tired, when I have a big day, I repeat the same thing to myself: I have an extraordinary chance of doing part of that adventure. I'm living a dream here,” he says.

This “dream” officially took shape a month ago, during the very first performance in front of an audience in Nice, on the Côte d'Azur. On stage, David Latulippe finally became Zéro Janvier, after three months of intense rehearsals. The welcome was invariably warm, with the public turning out in large numbers to (re)discover the rock opera of Luc Plamondon and Michel Berger, invited by the many promotional posters plastered all over France. During these nine performances – previews, as our French cousins ​​say – the ovations were invariably generous, sometimes stretching for fifteen minutes. David Latulippe laughing.

“The audience responds very well, people cry when they hear the first notes of the show. It's reassuring to see how happy they are to see this show on which we put so much effort and work, “he adds.

Before landing the role of Zéro Janvier, David Latulippe admits to having been very unfamiliar with the plot of Starmania. He knew the hits, sure, having performed a handful over the years.

But he had never seen the show in its entirety. And he preferred to leave it at that before starting work on this new edition, just to build his character from scratch.

“We had audio versions to practice, of course. But I didn't want to stick to what another artist had done in the past. I discovered the story of the show in rehearsals, and I created my Zero January with my own intentions and those of the director Thomas Jolly”, he explains.

Recall so let Starmania transport us to a dystopian future where the entire West has become one country. Its inhabitants, thirsty for fame, gravitate towards its capital, Monopolis, despite the specters of terrorism and totalitarianism that stalk them.

This was all written over 40 years ago. But it is clear that the work of Luc Plamondon and Michel Berger remains just as relevant today as it was then.

“It's a show that talks about pollution, ecology, terrorism… all subjects that still affect us. It's really interesting to revisit this today and see how relevant it still is,” said David Latulippe.

♦ Starmaniawill premiere to the media on Tuesday evening in Paris.

12 things to know about Starmania

Delayed due to pandemic, celebrations of the 40th anniversary of Starmania can finally begin. While waiting for the grand premiere scheduled in Paris on Tuesday evening, here are 12 things to know about the rock opera by Luc Plamondon and Michel Berger.

If Starmania takes on its full meaning on stage, it was on disc that its titles were first launched , in 1978. The businessman's blues, Monopolis, Farewell to a sex-symbol and other The world is stone are carried by the respective voices of Claude Dubois, France Gall, Diane Dufresne and Fabienne Thibault.

The 2022 version of Starmania relies on the talent of four Quebec artists: David Latulippe and Miriam Baghdassarian play Zéro Janvier and Sadia, while William Cloutier and Gabrielle Lapointe take on the respective roles of Johnny Rockfort and Cristal, alternating with their lead performers, Lucien Carreau (aka Côme) and Lilya Adad.

Since its inception, Starmania has been seen and applauded by more than six million spectators across the planet, in French, English and German.

In 1992, Tim Rice adapted the songs of Luc Plamondon in the language of Shakespeare for a concept album. Starmania is renamed Tycoon, and its titles interpreted on disc by Céline Dion, Cyndi Lauper, Tom Jones, Kim Carnes and other Ronnie Spector. This version of the show was first presented by the French troupe of the time, with one performance per week between 1993 and 1994, then in Texas two years later.

FROM BEYONCÉ TO STARMANIA

It is the Belgian dancer and choreographer Sidi Larbi Cherkaoui who signs the new choreographies of the rock opera, after having worked not only with Beyoncé and Jay-Z, but also Alanis Morrissette for the musical Jagged Little Pill (inspired by the work of the singer), presented on Broadway from 2019 to 2021.

A PREMIERE FOR MARIE-JEANNE

For the first time, the role of Marie-Jeanne – alias the automaton waitress – is today interpreted by a non-binary person. The artist Alex Montambeault is in charge of delivering, among others, the essentials The ones against the others, A boy not like the others and, of course, The world is stone.

Apart from the shows, the titles taken from Starmania have been repeated many times over the years, integrating the repertoires of Céline Dion, Garou, Lara Fabian, Guylaine Tanguay, Nicole Croisille and Alain Morisod, among others.

The new edition of Starmania counts on the work of renowned director Thomas Jolly. Considered a “prodigy” by the French press, he has just been appointed artistic director for the opening and closing ceremonies of the Paris Olympic and Paralympic Games, expected in 2024.

The 25th anniversary of Starmania was celebrated in 2004 with an lyrical version of the show. Presented in concert version at Place des Arts in Montreal, the production then traveled to Quebec City, then Paris. It is based on the headliners Marie-Josée Lord, Marc Hervieux, Lyne Fortin and Gino Quilico.

♦ Starmania is presented in Paris until January 29. A tour through France will follow from February 10, 2023.