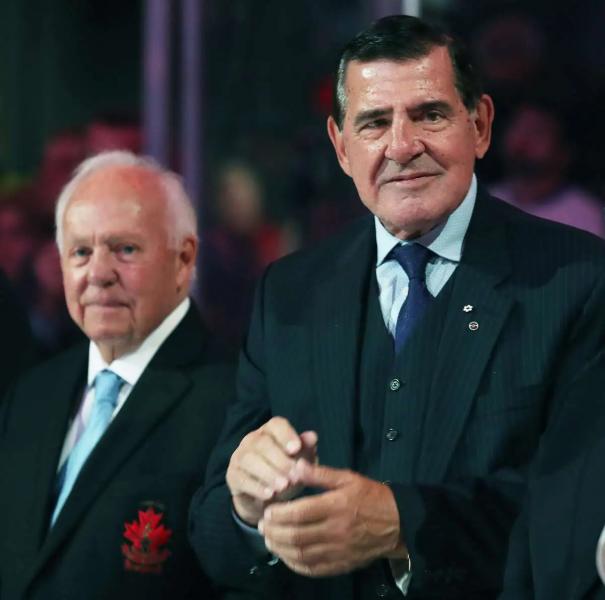 “It was a boys club for a long time. It's the same little gang around it. It is an organization that has a lot of money and that has grants from Ottawa. It is time for them to be accountable and for this organization to be monitored.”

It was with his usual outspokenness that Serge Savard commented on the scandal that has shaken Hockey Canada for several months.

In recent weeks, in the financial statements of this federation, we discovered the existence of two funds which were used to compensate victims of violence or sexual assault. According to a number of reports circulating, this is only the tip of the iceberg.

Savard, like everyone else in the hockey world, is following developments in this case with interest. < /p>

“It is time for this organization to have new leaders and to work for the entire population,” added Savard, who was at the Bell Center yesterday, on the sidelines of the celebrations for the 50th anniversary of the Series of the Century. .

Hockey Canada is the wealthiest federation. And by far.

“I am told that they have between 80 and 90 million in the bank, mentioned Savard. Whether they put three million aside or took an amount from a consolidated fund, I don't mind. in their financial statements. It's the same money. They are communicating vessels.”

According to the man nicknamed the “Senator”, a scandal was necessary to shake the leaders of Hockey Canada and their structure.

“You would not have been able to dismantle this boys club without this scandal. It takes an event like that to reverse it. It is up to the board of directors to put on their pants.”

He salutes the work of the Minister of Sports, Pascale St-Onge, in this file.

“I met him in Ottawa for the celebrations and told him not to let go. She asks for changes and she does well. She is managing the file well.”

Savard was at the Bell Center yesterday, accompanied by Yvan Cournoyer. The two former players recalled fond memories of the Series of the Century, which is celebrating its 50th anniversary.

“It was a truly remarkable series,” said Yvan Cournoyer.

“It was a defining moment in our professional career. Most players say this is their finest moment of their career. Yvan brought me to order by saying that we must not forget our Stanley Cup conquests.”

Paul Henderson's goal with 34 seconds to play in Game 8 is unforgettable.

“It's the moment that comes back to us most quickly,” added Savard. It was an event that marked the country. This is the first time that all Canadians have supported the same team.

“It was also the first time we were with players we hated like Bobby Clarke and Phil Esposito. There were 16 million Canadians who watched the ultimate game. It was presented on a weekday. The country had stopped moving.”

Even though they were playing one of the most important matches of their careers, the players of 'Team Canada were calm.

“We didn't know what was going on in Canada,” said Yvan Cournoyer. I filmed all three parts on CBS. It was a success all the way.

“If the game had been shown in the evening, we wouldn’t have had 16 million people watching their televisions. Everyone was nervous.

“We realized the magnitude of the game when we landed here. It was something grand.”

Ken Dryden was unable to attend the meeting with the Montreal media. He caught COVID-19 in the last few days and is in isolation.