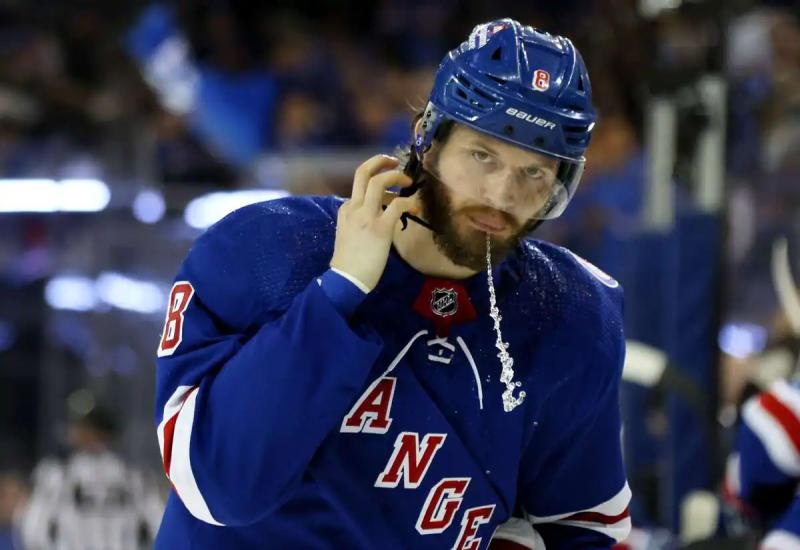 The New York Rangers officially announced on Tuesday that defenseman Jacob Trouba has become the 28th captain in organization history.

“Since Since joining the Rangers, Jacob has consistently demonstrated all the qualities we want in a leader on and off the ice, general manager Chris Drury said in a statement. As we look to take the next step as an organization, he is a role model for all of our players and the perfect choice to be our captain.”

The Blueshirts have acquired Trouba from Winnipeg Jets in a trade completed in June 2019. The 28-year-old American previously wore an “A” on his jersey, and has done so since the 2020-2021 campaign.

“As soon as I arrived here, it was clear that Jacob had a certain presence in the locker room and influence over his teammates that exemplifies what you expect of a captain,” Rangers head coach Gerard Gallant said. With where our team is and where we want to be, he's the right person to lead us there.”

The 28th captain in #NYR history:

Trouba responded in a letter posted on the Rangers website. He said he was honored to see his name alongside those of Brian Leetch, Mark Messier and Jaromir Jagr, among others. He now wants to do everything in his power to lead his club to a new conquest.

“I know I'm ready for this,” he wrote. There will be challenges, we will face adversity, but I will give you everything I have. Our goal is to bring a Stanley Cup to this city. And even if I can't promise it, I can promise you that I'll give you my heart to try.”

Rangers hadn't had a captain since the trade that sent fullback Ryan McDonagh to the Tampa Bay Lightning in February 2018.

New York management had no shortage of options to designate the next player who will wear the “C”, she who counts in particular on star players Artemi Panarin, Chris Kreider and Adam Fox. All of these skaters congratulated their new captain in a video posted on the Rangers' Twitter account.

Trouba hit the target 62 times and provided 195 assists for 257 points in 597 games in the National League. The Jets' first-round pick (ninth overall) in the 2012 draft also had 12 points in 50 playoff games.