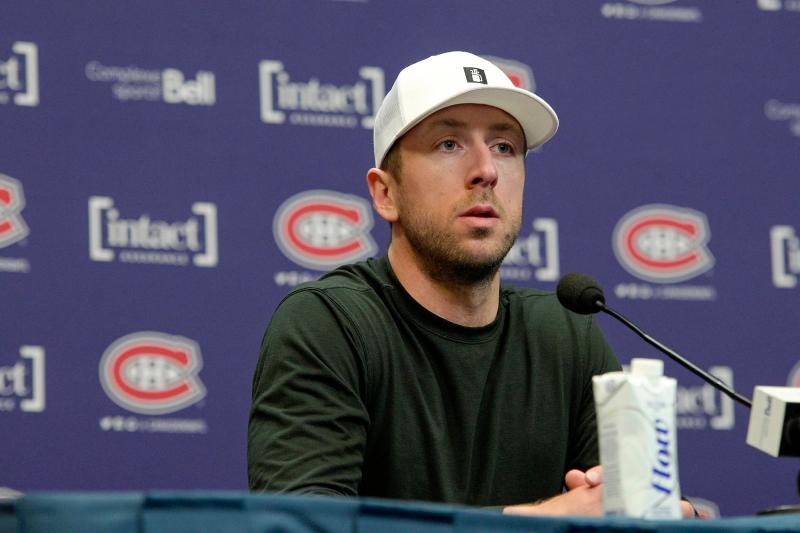 Jake Allen won't be the savior and he's the first to admit it.

And Allen does not have the resources of his teammate.

Does this mean that the Canadian and the Jeff Gorton/Kent Hughes duo must immediately start looking for a high-level goalkeeper?

They must do it, but without rushing anything.

Either way, there are no goaltenders on the market capable of exerting the impact that Price had within the organization.

The Canadiens will have to find and develop a goalie who will come change the situation. For now, Allen's role is to guard the fort. And, the decision-makers of the Canadian, in the current context, must also offer the opportunity to Cayden Primeau and Samuel Montembeault to stand out and do so in a convincing way.

We must always keep in perspective that a recovery plan is very often based on the performance of a goalkeeper.

Would the Rangers have progressed so quickly without Igor Shesterkin, the goalkeeper par excellence with a contract for three more seasons at $5,666,667?

The Tampa Bay Lightning have grown faster than expected with a goaltender like Andrei Vasilevskiy.

Jake Allen can't tell the difference, but for now he wants to be a back-up coach. He's a good veteran, highly respected by his teammates, a goalkeeper who will draw on his resources in each game.

You can always wondering about the protracted negotiations between the Dallas Stars and goaltender Jake Oettinger. Why did you wait so long before agreeing to the guardian's demands?

Simply because general managers are more and more reluctant to grant huge contracts to a goaltender or a skater who has just had a spectacular first season.

How will he react now? Can he repeat his exploits of last year?

We hope so because the Stars have two players playing on contracts close to $10 million per season: Jamie Ben ($9.5 million) and Tyler Seguin ($9.85 million). Two veterans who have had no impact on their team for two years.

What's more, Jason Robertson, 41 goals last year, by far their most productive striker, is not has still not renewed its contract for the next season. The Stars have only $7 million left to spend…

So J.T. Miller managed to convince Vancouver Canucks executives that he could make a difference. At 29, he was granted a seven-year contract at the rate of $8 million per season.

A risk? In the current context, it is a good investment. After all, he was the great leader of his formation last year. And let's not forget that in the coming seasons, the salary cap should increase significantly…

Should we take advantage of the 50th anniversary of the Super Series to recognize that Paul Henderson, author of the three winning goals of the last three games played in Moscow, deserves his place in the Hockey Hall of Fame?

The debate has been going on for several years.

During my years as a member of the selection committee, each season,
Henderson's name fueled our discussions.

He had a great career in the National League, but not enough to get a place in the Hall of Fame.

The question was therefore: should we give him a place following his incredible feat in the Series of the Century?

Serge Savard, former member of the selection committee, said on the airwaves of 91.9 Sports, Friday, that he wishes the members would grant him this privilege.

I admit that after all these years, I have asked myself a question.

What impact has he had in the National League? Not enough to get a place in the Hall of Fame.

However, what impact did he have on his sport?

His three goals in 1972 made hockey history, so his induction shouldn't cause too much controversy. ..

I imagine that the advisers of Jeremy Swayman, the goaltender of the Boston Bruins, took several notes on the information coming from of Dallas and the negotiations involving the Stars and Jake Oettinger.

Four million dollars a season is very attractive for a player with only two years of experience. Enough to make Don Sweeney wince…

The names of Patrick Kane and Jonathan Toews are circulating through the league. We wonder whether the two veterans will demand to leave the organization following the changes made by the new general manager Kyle Davidson.

Now the latter claims that he has had several meetings with the two veterans and “I sincerely believe that they have accepted our relaunch project and they say they are very happy to be at the heart of the discussions on our business model. »

That's an interesting comment. Both players are happy, but if Davidson ever receives a tempting offer, we can be sure that Toews and Kane will not refuse to go with a top team…