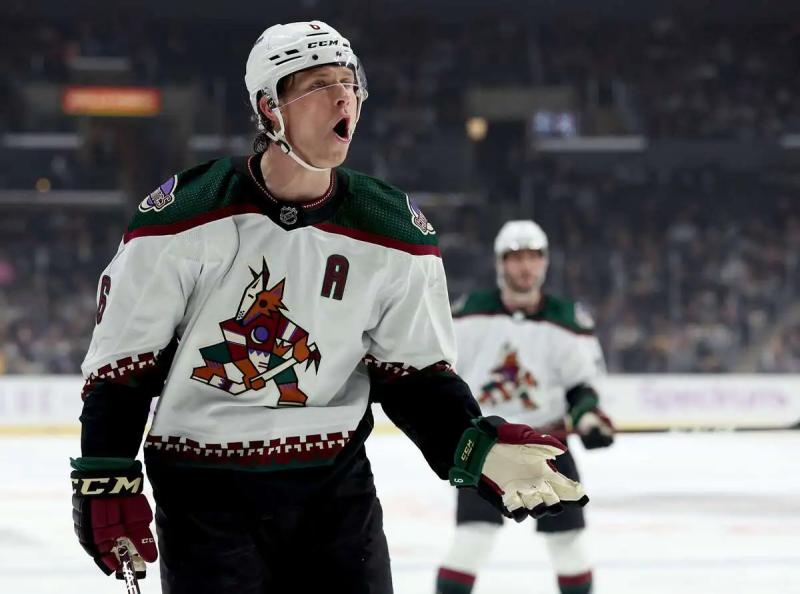 With the Arizona Coyotes rebuilding looking long and arduous, Jakob Chychrun would rather end up with a team that aspires to win the Stanley Cup.

It's no secret; the defender no longer feels out of place in the desert. Wednesday at a press conference, the 24-year-old hockey player explained that he had discussed his state of mind several times with the staff last season.

It seems that the Coyotes are looking for a partner with who dance through the National Hockey League (NHL). Their demands for a transaction, however, would be rather high.

“They know the kind of competitor and person I am. They asked me if I wanted to find myself in a different situation if the reconstruction was long or difficult for me to accept, and they were ready to accommodate me”, he let it be known, according to the website of the NHL.

For Chychrun, a trade would be beneficial for both sides. Although still young, he doesn't want to wait forever for Arizona to become a league powerhouse.

“I will be starting my seventh year in the National League. It's crazy. I don't want to let the years go by and after 10 or 12 years, never having had the chance to play far in the playoffs and for the Stanley Cup. You can ask anyone in this environment, they play to win,” said the American.

“It's my way of thinking and I think the team understands it, has added Chychrun. It would be good for both sides if I was traded to a club that can win and is fighting for the Stanley Cup, and they could get assets for the future. I understand how rebuilds work.”

In 2021-22, the guard the Coyotes selected with the 16th pick in the 2016 draft had 21 points in 47 games. However, he struggled with serious ankle and wrist injuries that required offseason surgery.