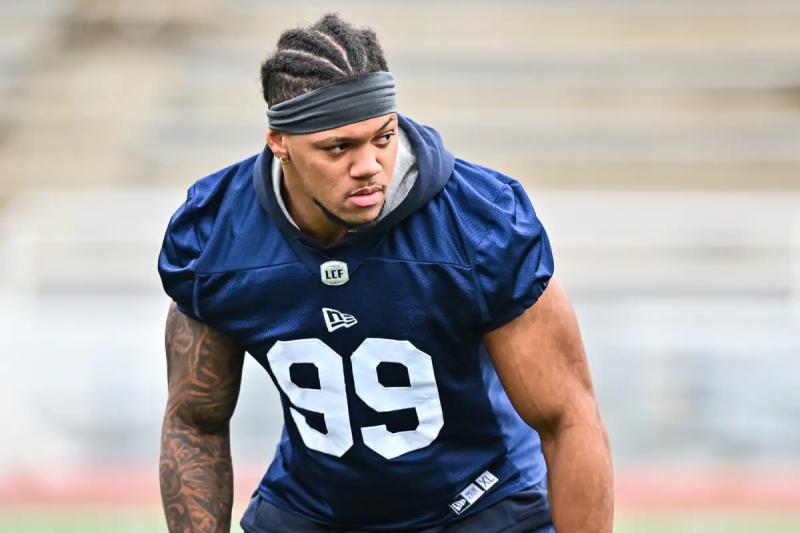 MONTREAL – Despite stellar performances, defensive lineman Jamal Davis II has failed to carve out a place for himself in the NFL, but he is happy to be back with the Alouettes.< /strong>

The 27-year-old athlete recently signed a two-year contract with the Sparrows, having played nine games with the Belle Province club in 2021.

After this campaign, Davis II tried his luck by attending training camp with the Los Angeles Chargers. He totaled nine tackles, including four solo and two for losses, in three preseason games. However, he was released by the Californian club.

“I have no idea,” he replied when asked about the reasons for his departure.

“Everyone told me that I had a great camp and that I was good during the preseason games. I'm a little lost about it, but I'm not depressed or sad about it.”

After that disappointment, Davis II spoke to other NFL teams and even showed his skills in front of the Pittsburgh Steelers coaching staff. However, he grew impatient and decided to return to the nest.

“I'm ready to play! I no longer wanted to wait and be part of something. This is what motivated my decision. […] I love this team, the organization, the city and the fans. I'm ready to settle in Montreal.”

Obviously happy to reconnect with Davis II, general manager Danny Maciocia has revealed that he has maintained ties with the player during his adventure with our neighbors to the south.

“We have always been in contact. We spoke before and during Chargers camp. He even sent me his highlights. After [his release] we talked to each other, but he needed some time. He then made it clear to me that he wanted to be back in Montreal and play,” said Maciocia.

“We are very lucky and happy that he has decided to come back to Montreal, at the place to wait for another opportunity in the NFL.”

The DG, who also works as interim head coach, confirmed that Davis II will be in uniform this Friday, during the passage of the Hamilton Tiger-Cats at Percival-Molson Stadium, to the delight of those who do not could no longer wait to put on his helmet and shoulder pads.

MONTREAL – The The Alouettes added three Americans to their practice squad at the start of the week.

They are quarterback Felix Harper, as well as linebackers Jaylan Alexander and Rashaad Harding.

“We have a 30-day window where we can grow our practice squad from 10 to 15 players,” explained general manager Danny Maciocia.

“These are players we were tracking. We will give them the opportunity to show us what they can do in the next few days. We will then make a decision as to whether we will keep them and offer them contracts for next year.”

So don't expect any of the three new transforms the current Als campaign.

Harper, a left-wing center, said he was very grateful to have been given an opportunity to continue playing football.

< p>“It is a blessing to be here. It is a dream to play professional football. I come from a small town near Atlanta. I want to give hope to the young people in my area and that they know that it is possible to achieve their dreams, ”expressed the product of the Alcorn State Braves.