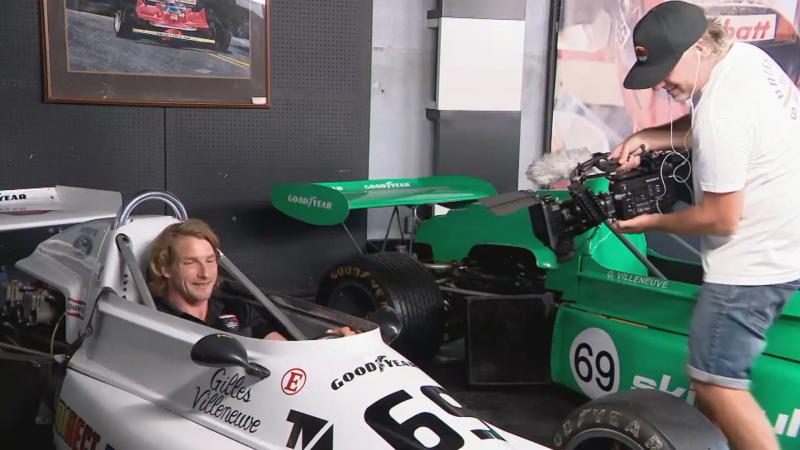 There will be nostalgia in the air for the 52nd presentation of the Grand Prix de Trois-Rivières this weekend. The son of the late Formula 1 champion James Hunt, Freddie, will be on the track.

It was by beating James Hunt in Formula Atlantic on the Trois-Rivières circuit in 1976 that Gilles Villeneuve saw the door to Formula 1 open for him. Freddie Hunt was only six years old when his father died. He does not remember having heard him mention this episode of his career at Trois-Rivières. He will learn it later as he reads.

“I think I learned about the link between my father and Gilles by reading the book on Gilles. This is where my interest was piqued. That was about ten years ago,” recalled Freddie Hunt at a press conference at the Gilles-Villeneuve museum in Berthierville.

A symbolic gesture, he allowed himself to sit in the Direct Film 69 car driven by Gilles Villeneuve in 1976. Freddie Hunt had been invited by the production team of a documentary in preparation on the Trois-Rivières circuit, “The Monaco of North America”.

Steps have also been made to find him a steering wheel with the Nissan Sentra series, so that he can imitate his father by also racing in Trois- Rivers. It wasn't hard to get.

“Suddenly [the producer] said to me, 'Look, Freddie was coming, but he asked me if it was possible to have a steering wheel also at the same time.” Suddenly, I said that it was settled,” said Jacques Deshaies, the head of the Nissan Sentra series.

Hunt will not be the only big name in motor racing at Trois -Rivers for this Grand Prix. There will also be Jacques Villeneuve, Formula 1 champion in 1997, his uncle Jacques and the army of Quebec stars from the Nascar Pinty's series.