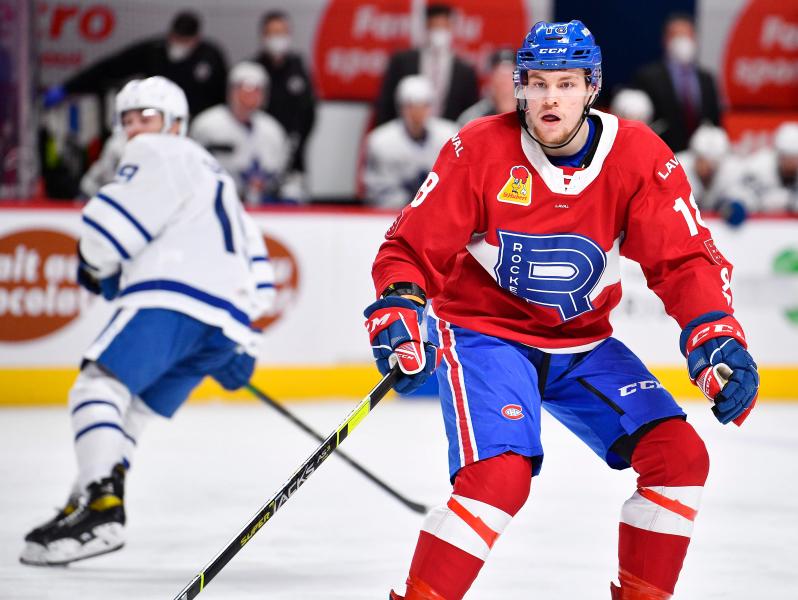 EDMONTON | Czech captain Jan Mysak probably knows better than anyone in his team's locker room: Mason McTavish will have to be neutralized tonight if they hope to upset and beat Team Canada Junior.

< p>Well, after his six-point game on Thursday, it's probably only obvious, but still. It is that Mysak rubbed shoulders with McTavish with the Hamilton Bulldogs in the Ontario Hockey League (OHL) last season. The Bulldogs had acquired the Canadian center player at the trade deadline and went on to win the OHL championship.

Seeing him dominate on Thursday night therefore did not surprised Mysak.

“He had a big impact on our team in Hamilton. He is a great player who can score and set up plays. In addition to being good in the offensive zone, he can also play in defensive situations. He's a guy who just wants to win. Even when things are not going well, he wants to win. He's a very competitive guy. It will definitely be a big challenge for us.

The impression of a serious player that he gives during his appearances in front of the media is not far from reality, assures the hope of the Canadiens.

« He's a good guy and he's able to be funny. On the other hand, when the match approaches, he is really focused in order to be able to give his 100%. ”

And Mysak assures us: it is without complexes that they will appear on the ice this evening at 6 p.m. to do battle with the local favorites.

« We n We're not afraid to face them, we're just looking forward to it. They have several great players and are probably the best team in the world right now. It's a big challenge for us, but also a great opportunity to prove what we are capable of. We will have to work hard and give our all in order to be able to come out of the game with our heads held high, regardless of the result.