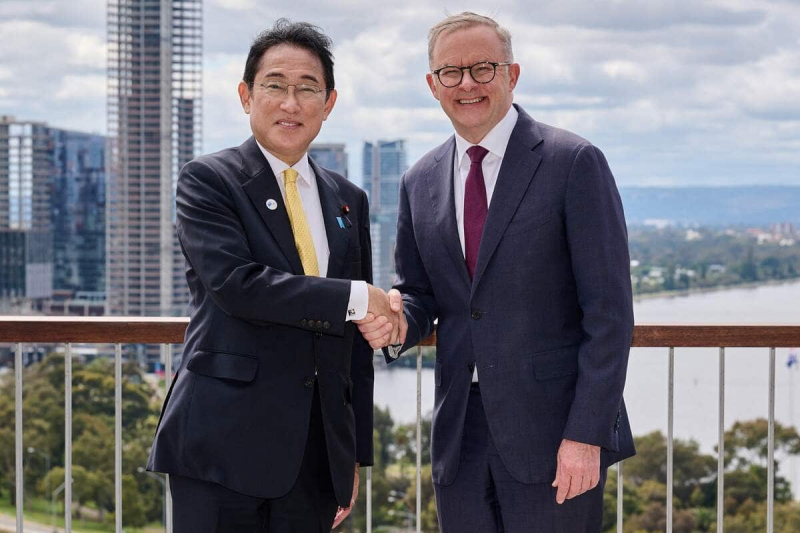 < p>“This historic declaration sends a strong signal to the region about our strategic alignment,” said Mr. Albanese, welcoming the pact signed between the two countries.

Without however directly citing China and Korea North, the Japanese prime minister called the deal a response to an “increasingly harsh strategic environment.”

This is the first visit by a Japanese Prime Minister to Australia since 2018.

The two Pacific nations are expected to focus in particular on sharing geospatial signals and intelligence gleaned from satellites from eavesdropping or SIGINT (SIGnal INTelligence).

Neither country currently has extensive foreign intelligence networks, such as the US CIA or the French DGSE.

However, Bryce Wakefield of the Australian Institute of International Affairs believes that Tokyo and Canberra both have sophisticated means of collecting information by intercepting communications.

The agreement could also serve as a model in Japan for developing deeper security ties with countries like Britain.

The pact is also seen as a further step towards Japan's joining the powerful so-called “Five Eyes” alliance. in intelligence between Australia, Britain, Canada, New Zealand and the United States.

But obstacles remain. In the past, closer cooperation has been hampered by long-standing concerns about Tokyo's ability to handle sensitive confidential documents and transmit them securely.

Prime Ministers Kishida and Albanese are committed to strengthening their military and energy cooperation.

Japan is a major buyer of Australian gas and it has bet heavily on the hydrogen energy produced in Australia.

The pact of security signed between Tokyo and Canberra in 2007, when Beijing was much weaker militarily and less assertive in its relations with the world, has also been strengthened.

Since Xi Jinping came to power, the Beijing's military has grown much stronger and its posture more aggressive.

During Xi Jinping's decade of rule, China has built its military into one of the strongest in the world and amassed a nuclear and ballistic arsenal.