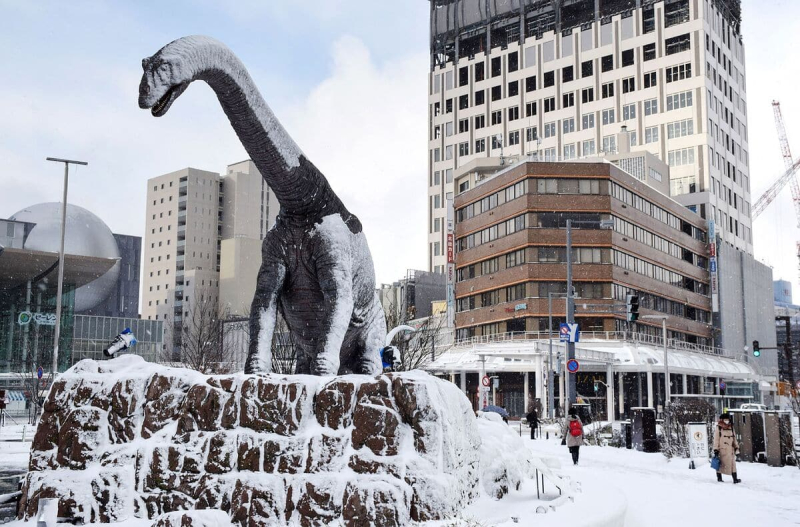 Passersby and tourists in Japan rejoiced on Wednesday to be able to take photos of shrines and temples under the snow, whose heavy falls across the country at the same time caused major transport disruptions .

“These temperatures are among the coldest seen in a decade,” Takafumi Umeda, an official with the Japan Meteorological Agency (JMA), told AFP.

The agency warned against risk of blizzard, high waves on the coasts and ice on the roads.

According to government spokesman Hirokazu Matsuno, one person died in the country because of this wave of severe cold, and authorities were also investigating two other potentially weather-related deaths.

Hundreds of flights have been canceled due to snowstorms, and trains have also been delayed or cancelled, including on high-speed lines. Traffic jams on the roads were also numerous.

However at the Zenkoji temple, in the city of Nagano, in the heart of the Japanese Alps in the center of the country, visitors tasted the enchanting spectacle of the places covered in white . Similar scenes took place in the west of the country, such as in Kyoto, the former imperial capital with a rich historical heritage.

“I had come to ski, but the snow was so thick that I 'changed my schedule and decided to do some sightseeing instead,' said Akiko Sotobori, a tourist interviewed by AFP in Nagano.

At the station skiing, “the blizzard was such that I could no longer see anything three meters away”, she said.

The capital Tokyo and its outer suburbs were however spared by the snow, while suffering a stronger cold than usual.