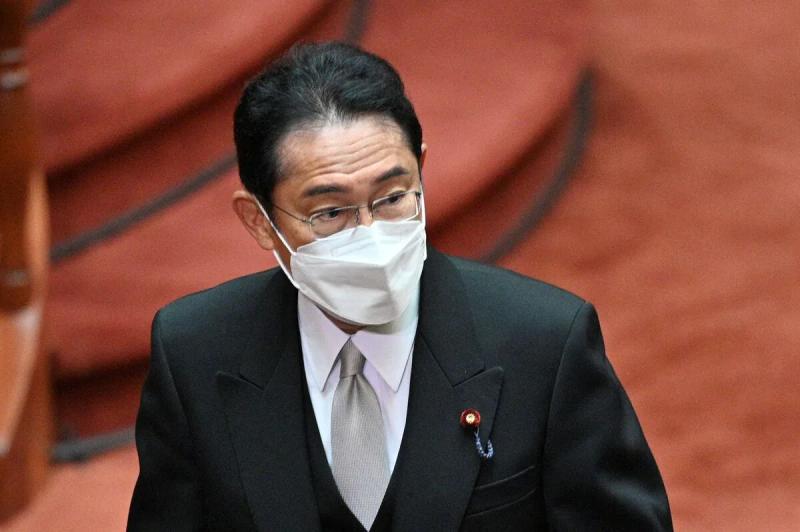 Japan, a close ally of the United States, but of which China is also the first trading partner, has found itself at the forefront of Sino-American tensions around Taiwan, multiplying calls for “the 'immediate halt' to Beijing military exercises.

Chinese ballistic missile launches around Taiwan, some of which are believed to have fallen into Japan's exclusive economic zone (EEZ), are “a serious problem that affects our national security and that of our citizens”, Japanese Prime Minister Fumio said on Friday. Kishida.

“We call for the immediate cessation of the Chinese military exercises” which began Thursday and are to continue until Sunday, added Mr. Kishida after a meeting with the speaker of the American House of Representatives Nancy Pelosi, who arrived the day before at the evening in Tokyo.

He confirmed that Japan and the United States will “continue to coordinate closely to maintain peace and stability in the Taiwan Strait.”

Ms. Pelosi, 82, whose first visit to Japan since 2015, angered China by visiting Taiwan on Tuesday and Wednesday, Beijing considering this autonomous territory of 23 million inhabitants as an integral part of its territory.

China has begun military exercises on an unprecedented scale around the island, using combat planes and helicopters and firing ballistic missiles, some of which are said to have flown over Taiwan and fell into Japan's EEZ for the first time, according to the Japanese Ministry of Defence.

In Phnom Penh, where he was attending a meeting of the Association of Southeast Asian Nations (ASEAN), Japanese Foreign Minister Yoshimasa Hayashi also called for the “immediate cessation” of military exercises. Chinese. “China's actions this time have a serious impact on the peace and stability of the region,” he said.

For his part, the Japanese Minister of Defense Nobuo Kishi described these exercises as “extremely threatening”, while certain islands of the department of Okinawa, in the extreme south of Japan, are at a only hundred kilometers from Taiwan.

“Japan filed a protest with China through diplomatic channels,” Kishi said. He cited the figure of nine Chinese missiles fired, five of which appear to have hit the southwest of the Japanese island of Hateruma.

Ms Pelosi's initiative was seen by China as provocation, support for Taiwan independence supporters, and reneging on the United States' promise not to have official relations with the island.

Through White House spokesman for strategic issues John Kirby, Washington accused Beijing of having “chosen to overreact” to Nancy Pelosi's visit to Taiwan.

He warned that the USS Reagan aircraft carrier would continue to “monitor” the surroundings of the island, while announcing that it had postponed an intercontinental missile test so as not to aggravate the crisis.

For his part, the Secretary of State Antony Blinken pointed out that Washington has reached out to Beijing “at all levels of government” in recent days to appeal for calm.

Chinese military exercises are due to end at noon on Sunday . They aim to simulate a “blockade” of the island and include “assaulting targets at sea, striking targets on the ground and controlling airspace”, according to the official Xinhua News Agency. < /p>

Already, during a May visit to Japan, US President Joe Biden deeply angered Beijing by claiming that Washington could militarily defend Taiwan in the event of a Chinese invasion.