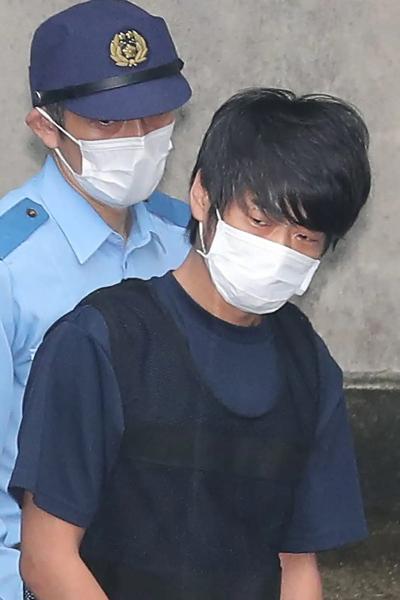 The mother of the man accused of murdering Shinzo Abe is a member of the Unification Church, the organization, also known as the “Moon Sect”, confirmed on Monday, whose suspect said he wanted revenge by targeting the former Japanese prime minister.

Tetsuya Yamagami, 41, “resented a certain organization” and decided to kill Mr. Abe because he thought the former head of government had a connection with it, Japanese police said on Friday.

Japanese media quickly mentioned a religious organization without naming it, and claimed that Mr. Yamagami was angry with it because it allegedly obtained large donations from his mother, putting their own family in great financial difficulty.

“The mother of the suspect Tetsuya Yamagami is a member of our organization and attends Church events approximately once a month,” Tomihiro Tanaka, the president of the Japanese branch of the Church of the United States, said Monday. Unification, at a hastily organized press conference in Tokyo.

He did not give details of the suspect's mother's donations, citing the ongoing police investigation, which the organization wants to “cooperate” with.

This woman joined this cult in 1998 and the organization learned that it had found itself in serious financial difficulty around 2002, according to Mr. Tanaka. “We do not know the circumstances that led this family to bankruptcy.”

He also assured that donations to the Church were made on a voluntary basis, and that the amounts were free.

This official also underlined that his organization was horrified by the assassination of Mr. Abe, who had “never” been one of its members or advisers.

Mr. Abe died of his injuries after being attacked by bullets on Friday while speaking at a political rally in Nara (western Japan) for the senatorial elections on Sunday. Local police acknowledged serious shortcomings in the security of the event.

The Unification Church was founded in 1954 in South Korea by Sun Myung Moon (1920-2012). It is mainly present in this country as well as in the United States and Japan.

The teachings of this cult famous for its collective mass marriages are based on the Bible, with new interpretations.

A very controversial figure who became a billionaire thanks to the vast economic empire built by his Church, Moon claimed to have had at the age of 15 a vision of Jesus Christ enjoining him to continue his mission, so that humanity could reach to a “sinless” stage of purity.