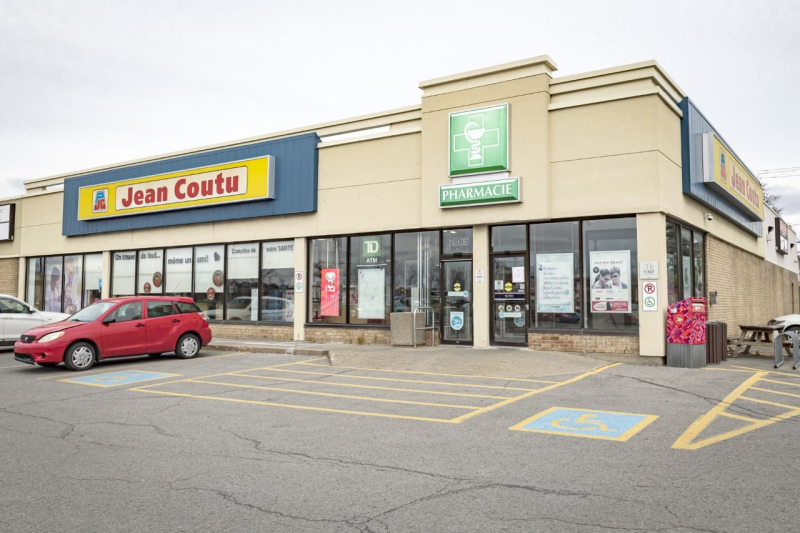 Jean Coutu has just expelled one of its pharmacists who had been established for more than 30 years in Laval. Hundreds of patients have seen their files transferred and some have faced closed doors.

The forced closure of the boulevard des Laurentides pharmacy is the latest chapter in a dispute that between pharmacist Luigi Villaggi and the Jean Coutu Group.

Exceptionally, the Group turned to the courts to expel one of its own members.

Last October, a judge ruled in favor of the banner, which wanted to end its association with Villaggi. As Jean Coutu holds the lease where the business is located, the company went to court to force Villaggi to leave the premises where he has worked since the 1980s.

Even if he tried to suspend the judgment on appeal, the pharmacist was dismissed and the business was closed at the beginning of last week. A sign in the window indicates that the files have been transferred to another pharmacy on René-Laennec Boulevard.

Surprisingly, Villagi tried unsuccessfully for years to force the disaffiliation of this other pharmacy from the Jean Coutu Group. He alleged that this establishment competed unduly with him at the limit of his exclusive territory. However, his request was rejected last March.

At the same time, Jean Coutu told Villaggi that it wanted to end its agreement with him at the end of his franchise contract on October 31. Villaggi countered by saying he was entitled to an automatic renewal of his lease and franchise agreement as had been the case since 1996.

To justify the expulsion, the Jean Coutu Group alleged that it did not respect certain contractual obligations and the methods specific to the “Jean Coutu concept”.

According to the allegations contained in the judgment, Villaggi would also have engaged in a constant and sustained campaign against Pharmacies Jean Coutu. In particular, he allegedly made PJC employees cry and insulted them.

As provided for in the lease that expired in May 2021, PJC quadrupled the rent for the business in addition to deeming its occupation illegal. It is on this basis that she addressed the court to force the abandonment of the rent.

In recent months, he also reportedly tried to sell the business, but was unsuccessful, for various reasons.

In a last-ditch attempt to avoid the shutdown, he pleaded for follow-up for his patients. An argument that was rejected by the court.

“The harm caused to patients by the closure of the pharmacy is at the heart of Villaggi’s case. This consequence is, however, seriously tempered by the involvement of the Order and other assertions by the respondent (Jean Coutu Group),” Judge Martin Vauclair of the Quebec Court of Appeal wrote last Thursday.

The judge also indicates that the pharmacist's license has been suspended by the Order of Pharmacists. According to a document consulted published on the College's website, Mr. Villaggi's license was suspended in September in connection with breaches of mandatory training. His name is listed alongside 34 other pharmacists who must update their training to lift the temporary suspension.

The pharmacy is temporarily closed. This is an exceptional situation,” said Jean Coutu’s communications manager, Catherine Latendresse. She would not comment on whether the employees affected by the closure had been paid or not. According to her, this is a question for the pharmacist-owner.

“We understand that the situation is difficult for them and we continue to remain available to help the pharmacist-owner if they wish. .”

Contacted by our Bureau of Investigation, Luigi Villaggi, said he did not want to comment at this time.