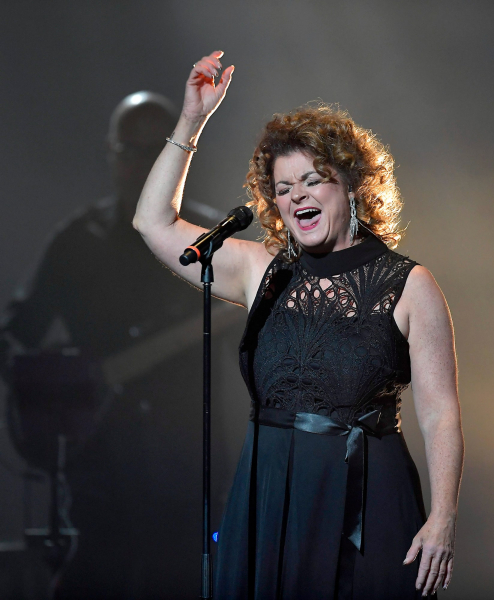 Powerful and sensitive, Jeanick Fournier shone with all her fire on Friday evening, in a Théâtre Capitole filled with admirers, totally won over by the cause of the singer from Saguenay.

Throughout this jaw-dropping vocal performance, the one that made itself known nationwide this spring, winning the Canada's Got Talent, TV competition and the crowd vibrated in the same tune.

All this love directed towards her moved the singer.

Jeanick Fournier had just garnered applause from the public, admiring his vocal prowess in the chorus of It's All Coming Back To Me Now, when, at the very end of Celine Dion's success, the Saguenay artist's voice cracked with emotion .

“It starts with crying,” the 50-year-old could only see, wiping the corners of her eyes, a broad smile lighting up her face.

Even if the general public has just discovered it, Jeanick Fournier is far from being a rookie. She has been singing for 40 years and has presented her tribute show to Céline for fifteen years.

It seems. On the stage, supported by six musicians and two singers, she is like a fish in water.

She can do what she wants with her amazing vocal cords. Strong and agile, she can hold notes for a long time that ordinary mortals do not even dare to dream of. His interpretation of I Surrender, the title that allowed her to seduce the judges of Canada's Got Talent, was therefore nothing short of breathtaking.

Jeanick Fournier exudes an undeniable charisma. With a look or a smile, she manages to translate the emotions of a song with disconcerting ease. His inspired cover of Pour que tu m'aime encore was eloquent proof of this.

We also had the touching visit of his two children with Down syndrome, Yohan and Emma, ​​who accompanied her during My loves, my children.

In addition to nearly thirty Céline titles, including several that the star hasn't played for a long time, Jeanick Fournier sang two original compositions, the already popular Moment and Ça ira. , taken from his album released a few weeks ago, on the Universal label.

After the intermission, she again referred to her extraordinary TV adventure by launching the second part of the concert to the sound of The Show Must Go On, a cover of Queen that she sang in the final.

She then lined up several crowd favorites. The dynamic medley of I'm Alive, I Drove All Night and Unison had the floor dancing, in what served as an aperitif to the main meal.

On the menu? Heavyweights. Strong, she served without flinching. Love still exists, Vole and If it was enough to love, all in vulnerability, thus led us to My Heart Will Go On >.

Finally, Jeanick Fournier, imperial, concluded the evening by stirring up the crowd with All By Myself, a vocal challenge that she took up as if nothing was.

****Jeanick Fournier will be at the MTelus in Montreal on November 14th.