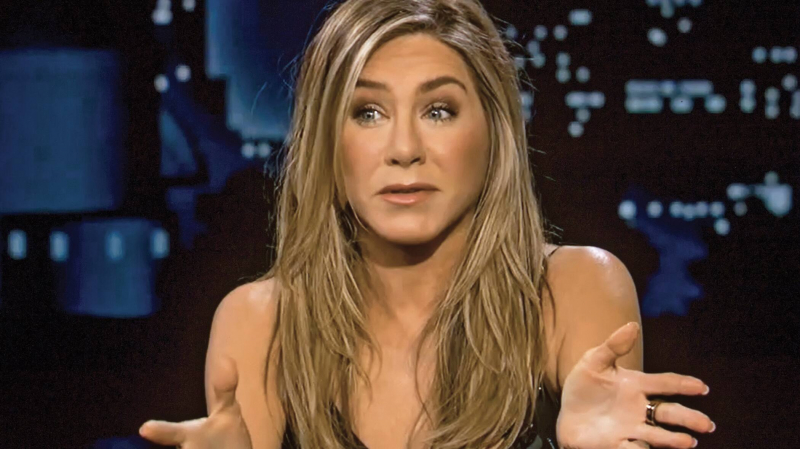 “At this point, I have nothing more to hide,” says Jennifer Aniston, who reveals herself – literally – on the cover and between the pages of Allure magazine. The 53-year-old Hollywood star appears there wearing a Chanel microbikini, her hair falling to her hips and her eyes rebellious. For the first time, the actress opens up about her fallen marriage to Brad Pitt and her unfulfilled desire to have children.

The photos that accompany the long interview offered by Jennifer Aniston to Allure magazine are breathtaking. So did some of the details the mega-star shared regarding her high-profile split from ex-husband Brad Pitt.

For a rare time, the famous interpreter of Rachel from the Friends series looks back on the difficult years of speculation (about the causes of his divorce from Brad Pitt who had just shot in the film Me and Mrs. Smith with a certain Angelina Jolie, about her supposed pregnancies), while people and gossip magazines said she was too selfish and career-focused to have children.

“And the reason why my husband left me, why we broke up and ended our marriage, was because I didn't want to give him a child. These were absolute lies. I have nothing to hide at this point,” says the star, who wrote an op-ed for the Huffington Post in 2016 criticizing the media for “their obsession with being pregnant and their treatment of women in general.”

“I was trying to get pregnant,” she continues, speaking of a certain period of her life. It was a hard road for me, the road of making babies.

“It was really hard. I was going through in vitro fertilization, I was drinking Chinese teas, etc. I would have given anything for someone to tell me: do yourself a favor, freeze your eggs. »

Will she ever remarry? “Never say never, but I have no interest,” she replies. I would like to have a relationship. Who knows?

The one who describes herself as “a constant work in progress” also shares her hatred for social networks. “I hate social networks, says the one who only joined Instagram to promote her line of LolaVie hair products. I'm not good at this. This is torture for me.

The actress, who would title the current chapter of her story “The Phoenix Rising”, adds that she will write her memoir one day. “I'm going to stop saying I can't write. I've spent so many years protecting my in vitro fertilization story…the world creates stories that are untrue, so why not tell the truth myself. I feel like I'm coming out of hibernation. I have nothing to hide.