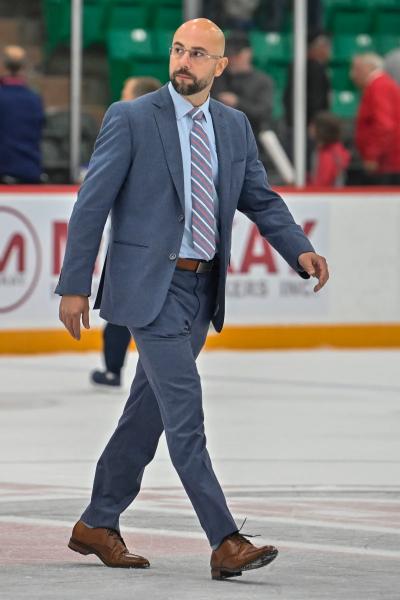 Quebec coach Pascal Vincent is reportedly still in the running for the position of head coach of the Winnipeg Jets.

According to what the ESPN network indicated on Thursday through its hockey informant Kevin Weekes, four other candidates are in the running: Montrealer Jim Montgomery, Rickt Tocchet, Scott Arniel and Jeff Blashill.

Soon after Having secured a contract extension in April, Jets general manager Kevin Cheveldayoff said he would initiate a search for a new pilot. Dave Lowry completed the last campaign on an interim basis after the resignation of Paul Maurice, but he could not lead his men in the playoffs. Winnipeg finished 11th in the Western Conference with 89 points.

Vincent is well-known within the organization, having managed his AHL farm club, the Moose of Manitoba, from 2016 to 2021. He worked as an assistant for the Columbus Blue Jackets during the most recent season. He had held identical positions with the Jets from 2011 to 2016.

For his part, Montgomery had left his position as head coach of the Dallas Stars during the 2019-2020 season in order to solve a problem of alcoholism. He spent the last two years as an assistant with the St. Louis Blues.

Arniel is a former hockey player who played in Winnipeg in the first half of the 1980s and in 1990-1991. He has worked with the New York Rangers and Washington Capitals in recent campaigns. Blashill was fired by the Detroit Red Wings after a seven-year reign, while Tocchet hasn't coached a National League club since being fired by the Arizona Coyotes in 2021.