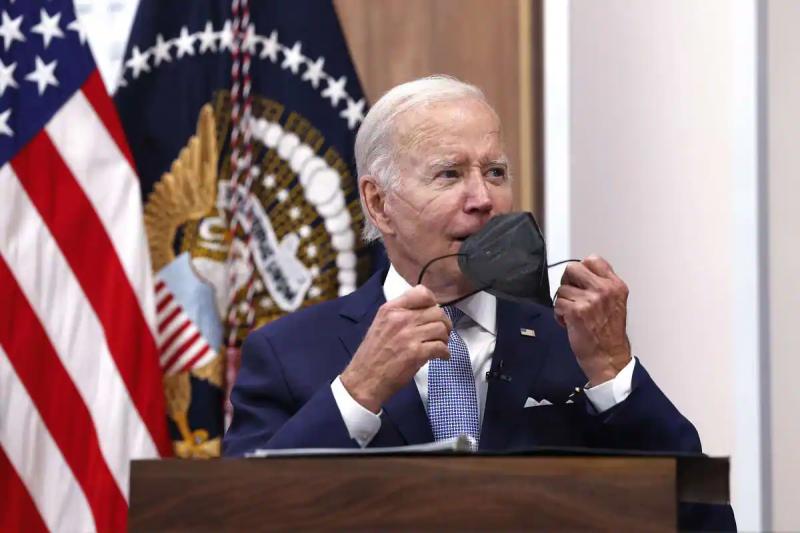 US President Joe Biden tested positive for COVID-19 again on Saturday morning, but did not experience any symptoms, and is returning to isolation to “protect” those around him, his personal physician announced in a letter released by the White House.

The 79-year-old president “tested positive late Saturday morning in an antigen test” and “will be resuming strict containment measures,” wrote Dr Kevin O’Connor, according to which the cases of “rebound” of positivity can occur in people treated with Paxlovid, Pfizer’s anti-COVID drug.

As Mr. Biden had tested negative on Tuesday evening, Wednesday morning, Thursday morning and Friday morning , “this is definitely rebound positivity,” according to Mr. Biden’s doctor.

This happens with a small minority of folks.

I've got no symptoms but I am going to isolate for the safety of everyone around me.

I'm still at work, and will be back on the road soon.

“The President has not experienced a resurgence of symptoms and continues to feel completely well,” he added.

“There is therefore no reason to resume treatment at this stage”, but Mr. Biden, the oldest president ever elected in the United States, will remain under observation, he said continued.

Mr. Biden had tested positive on July 21 with “very mild symptoms” and was released from confinement on Wednesday after testing negative.

The president, fully vaccinated and having received two booster doses, is keen to “protect all those […] who have to work near him”, whether it is the staff of the White House, his guards of the body or those around him, concluded Dr. O'Connor.

Paxlovid is an antiviral treatment that works by reducing the ability of the virus to replicate, thus slowing the progression of the disease. It must be taken within the first few days of the onset of symptoms to be effective.

He was evacuated by helicopter from the White House to Walter Reed Military Hospital and was treated there for three nights.