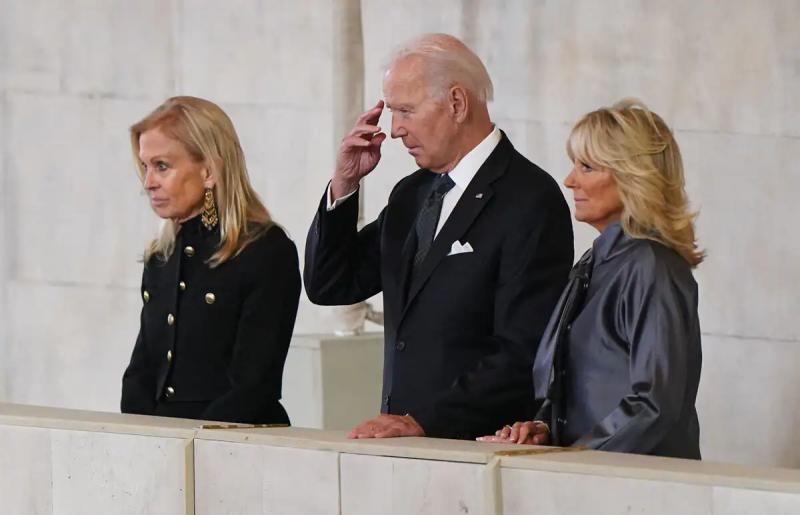 US President Joe Biden gathered in front of the coffin of Elizabeth II in London on Sunday, like many foreign leaders who came for the sovereign's funeral on Monday.

< p>M. Biden, accompanied by his wife Jill, made the sign of the cross from a gallery in Westminster Hall, where the public has been parading since Wednesday and where European Commission President Ursula von der Leyen and the King of France have already visited during the day. 'Spain, Felipe VI.