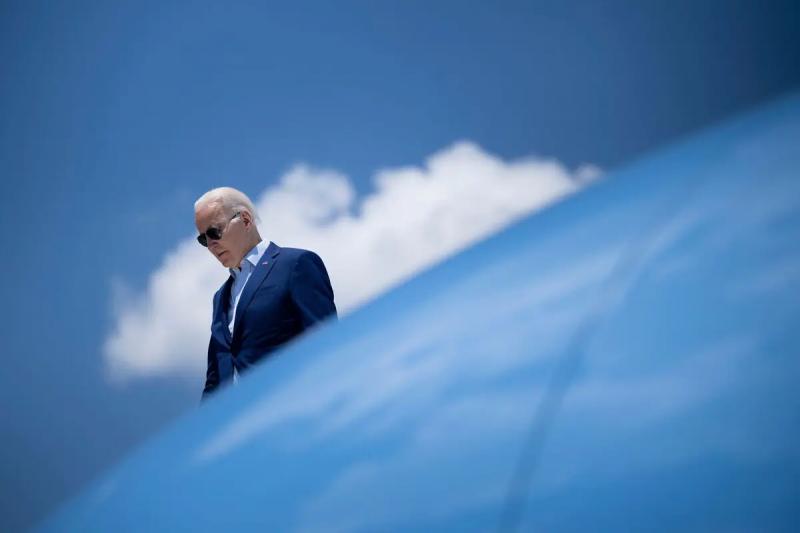 Joe Biden, 79 and the oldest president ever elected in the United States, tested positive for COVID-19 on Thursday but has only “very mild symptoms,” according to a statement from his office. spokesperson Karine Jean-Pierre.

In a separate statement, the president's physician, Kevin O'Connor, clarified that the head of state, as part of his routine testing protocol, first tested positive after an antigen test, which then was confirmed by a PCR test.

The doctor provides this list of symptoms, which appeared on Wednesday evening: a “runny nose”, “fatigue” and “an occasional dry cough”.

“All of its functions”

The Democrat, who had never tested positive, “started taking Paxlovid”, Pfizer's anti-Covid pill, and will isolate himself in the White House until he tests negative again , indicated Karine Jean-Pierre.

Joe Biden “is fully vaccinated and has received two booster doses, so I expect him to respond favorably” to this treatment, specified for his from his doctor.

The president will “continue to perform his full duties” while in isolation, the statement said.

His wife Jill Biden said she had tested negative. “I spoke to him a few minutes ago. He's fine, he feels good,” she told reporters during a trip to Michigan.

Joe Biden, who was elected in part on the promise to deal with the deadly epidemic of COVID-19, has always highlighted his respect for the instructions for distancing and wearing a mask.

He also summoned the press to receive his doses of the vaccine, hoping to encourage his fellow citizens to imitate him.

“For the sake of great transparency”, the White House promised to communicate “every day” on the state of health of Joe Biden, whom a medical examination last November had found “robust” and “fit” to perform his duties.

The last negative test for the American head of state, who last week toured Israel and Saudi Arabia, dated back to Tuesday, said Karine Jean-Pierre.

The president, who wants to campaign before the legislative elections in November, had initially planned a trip to Pennsylvania on Thursday and another to Florida next Monday.

The United States is currently seeing around 130,000 new Covid-19 cases a day, an otherwise underestimated figure according to experts, and the number of hospitalizations is also on the rise. The highly contagious BA.5 subvariant of Omicron is dominant in the country, where it accounts for approximately 80% of cases.

The paxlovid, which Joe Biden takes, is an antiviral treatment that works by reducing the ability of the virus to replicate, thus slowing the progression of the disease. It must be taken within the first few days after symptoms appear to be effective.

It is recommended in the United States for people at risk of developing a severe case of the disease, a category in which between the American president because of his age.

He had been evacuated by helicopter from the White House to the Walter Reed military hospital, and had been treated there for three nights, without the White House shed any light on the seriousness of his condition.< /p>