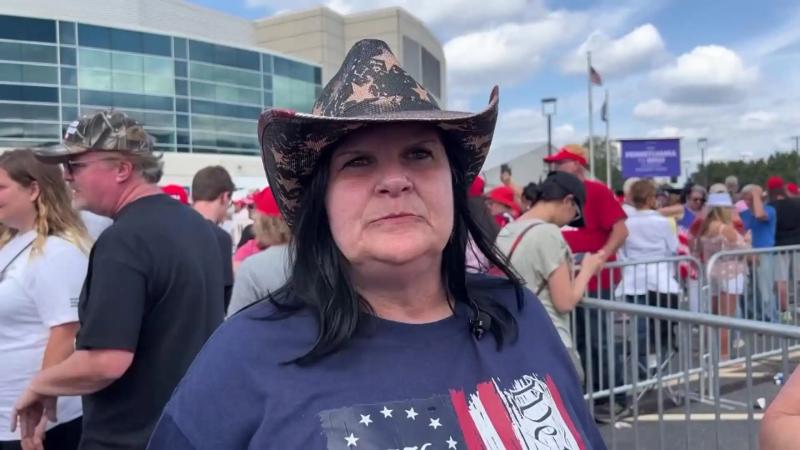 Former US President Donald Trump is in Pennsylvania for a rally with his supporters in the town of Wilkes-Barre on Saturday night.

This rally comes two days after President Joe Biden's speech in Philadelphia, where he denounced Donald Trump's “extremism” by accusing him of shaking the “very foundations” of American democracy.

People present on the sidelines of the rally talk about their anger, like this woman who is very angry with the 46th president.

“He [Joe Biden] wants a war in the United States. I firmly believe that. He will cause a war. The Biden administration is leading us into a socialist spiral. I believe the Democratic Party wants to destroy America,” said a Trump supporter.

Another man Reuters met explains that the President thinks Trump supporters are “terrorists.”

“According to Joe Biden, we are terrorists. The FBI must also be abolished because it conducted an illegal search of Mar-a-Lago [Trump's residence],” he said.

An elected American congresswoman, Marjorie Taylor Greene, present on the spot, repeated the lie that Donald Trump would have won the 2020 election.