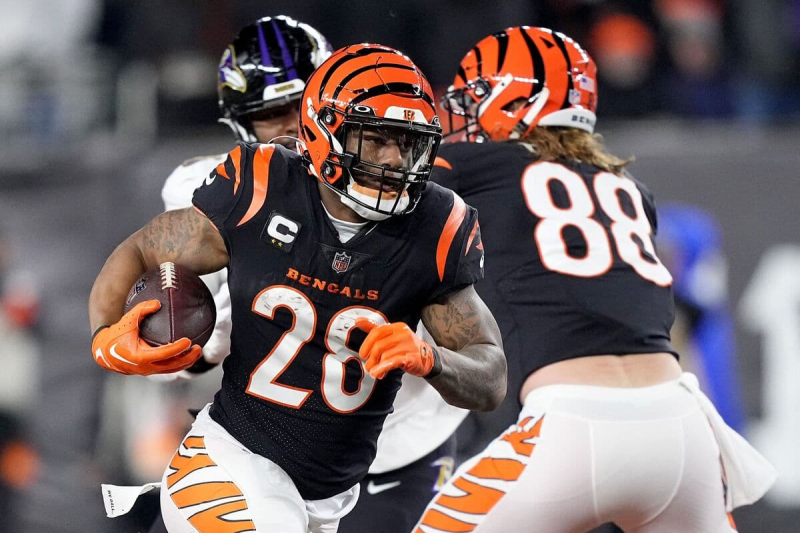 Cincinnati Bengals running back Joe Mixon bemoans the disrespect shown to him by the NFL, which has started selling tickets for a potential clash between the Buffalo Bills and the Kansas Chiefs City in the American Conference final.

Already, the Ohio team was scalded by a previous decision made following the cancellation of the team's game against the Bills in the penultimate week of the regular schedule. However, that of making tickets available for a Buffalo-Kansas City game that could take place on January 29 at Mercedes-Benz Stadium in Atlanta raised the ire of Mixon. Indeed, his formation could spoil the plans if they triumph at the home of the Eastern Section champions on Sunday in a second-round duel.

“To be honest, it's disrespectful, but we're not not worried about that shit,” the running back told “Sports Illustrated” magazine. We have a game to play on Sunday, don't we? As I said, we will present ourselves in order to do everything to come back with the victory. Then we'll see what they're talking about.”

Measures that did not please everyone

The NFL opted out of the Jan. 2 game in Cincinnati after Bills safety Damar Hamlin suffered cardiac arrest. Due to the unequal number of games totaled by the two clubs concerned compared to the rest of the league, it imposed a few measures, including the designation of a neutral venue for a possible Bills-Chiefs game in the third round.

< p>As for the Bengals, they had expressed their dissatisfaction when they learned of the idea of ​​​​doing a “heads or tails” to determine the place of the holding of a post-season game against the Baltimore Ravens, the team they were battling with for the North Division title; however, the draw was consigned to oblivion when Cincinnati beat their opponents in Week 18 of the campaign.

Both teams nonetheless returned to the first round, with the Bengals and Ravens third and third respectively. sixth seeds from the American, and Cincinnati had the upper hand again.