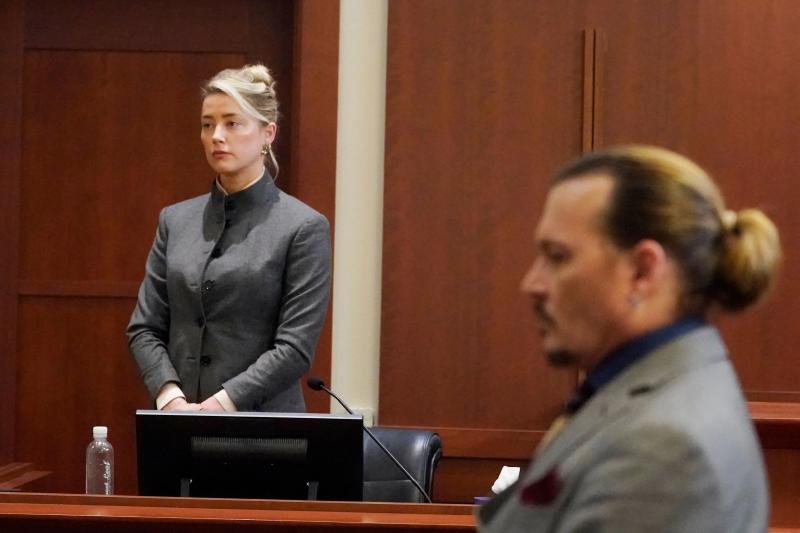 WASHINGTON | A US judge on Wednesday rejected actress Amber Heard's request for a new trial in her legal battle against her former husband Johnny Depp, whom she accuses of domestic violence, which he denies.

The actress, who recently lost a defamation lawsuit against the star of the “Pirates of the Caribbean”, requested the reversal of the verdict due to doubts about the identity of one of the jurors.

But the Judge Penney Azcarate, who had presided over the proceedings at the court in Fairfax, near Washington, rejected her request, considering that she had “suffered no prejudice” during the trial.

The actress of The 36-year-old, known for her roles in 'Justice League' and 'Aquaman', claimed one of the jurors was not the one who received a court summons. He had the same name, lived at the same address, and the summons did not mention any date of birth.

For a man, it is common in the United States to have the same name as his father, with the suffix “Junior” or “III”.

“The juror has been approved (by both parties ), stayed with the jury, deliberated and reached a verdict,” Judge Azcarate wrote in her ruling, finding that there was “no evidence of fraud or wrongdoing.”

“The only evidence before this court is that this juror and all the others complied with their oath, the instructions and the orders of the court. This court is bound by the competent decision of the jury,” she explained.

Johnny Depp, 59, had sued his ex-wife for libel, who described herself in an op-ed published by the Washington Post in 2018 as “a public figure representing domestic abuse,” without naming her ex-husband.

He was seeking $50 million in damages, saying the platform had destroyed his career and reputation. Amber Heard had counterattacked and demanded double.

After six weeks of trial, jurors in the Fairfax court concluded on June 1 that the ex-spouses had defamed each other . But they awarded more than 10 million dollars to Johnny Depp, compared to only 2 million for Amber Heard.

The trial, which was highly publicized and broadcast live on television, was followed by millions of viewers around the world and provoked an outburst of insulting messages towards the actress on social networks.

During the trial, she recounted several scenes of violence, including a rape in March 2015 in Australia, where Johnny Depp was filming the fifth episode of “Pirates of the Caribbean”.

The two actors had started a romantic relationship in 2011 and were married in 2015. But Amber Heard had filed for divorce in 2016, claiming to be a victim domestic violence, which Johnny Depp has always denied. She dropped those charges when the divorce was finalized in 2017.