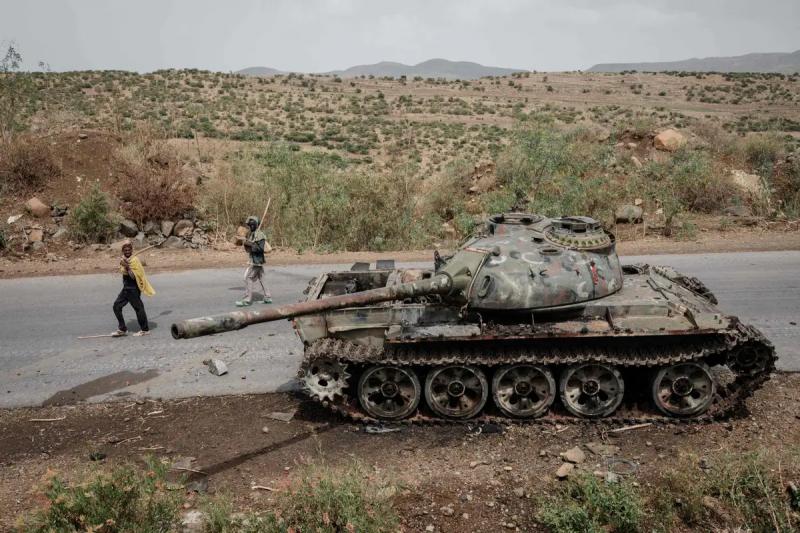 Ethiopian and Eritrean forces launched a “joint” offensive at dawn on Thursday against areas of Tigray bordering Eritrea and unleashed “an all-out war”, say the authorities of this rebel region of northern Ethiopia.

Ethiopia, “after having repositioned a massive military force in Eritrea, has now launched a joint offensive with the invading forces of Eritrea”, against the north of Tigray, bordering Eritrea, announced the command of the rebel forces in a statement.

AFP was unable to verify this claim. Journalists do not have access to northern Ethiopia, making independent verification impossible, and telecommunications networks there operate haphazardly.

The Ethiopian government did not immediately respond to solicitations from AFP.

“The enemy, having rejected all offers of peace, deployed large regular and irregular forces, having allied with a foreign force (…) started a total war”, also accuses the command of the rebel forces.

The rebels also claim that the Ethiopian federal army, like the day before, carried out “repeated breakthrough attempts” on Thursday in southern Tigray, in the neighboring region of Amhara, where the soldiers Ethiopians are supported by regional forces and local militias.

After a five-month truce, fighting resumed on August 24 around the southeastern tip of Tigray, between the Ethiopian federal government and the rebel authorities of the Tigray, in conflict since November 2020 and who accuse each other of having started these new hostilities.

The rebels recently announced that they had launched a “counter-offensive” in southern Tigray, after having “defended their positions. They had advanced on Monday by around fifty kilometers in the Amhara region, according to concordant sources.