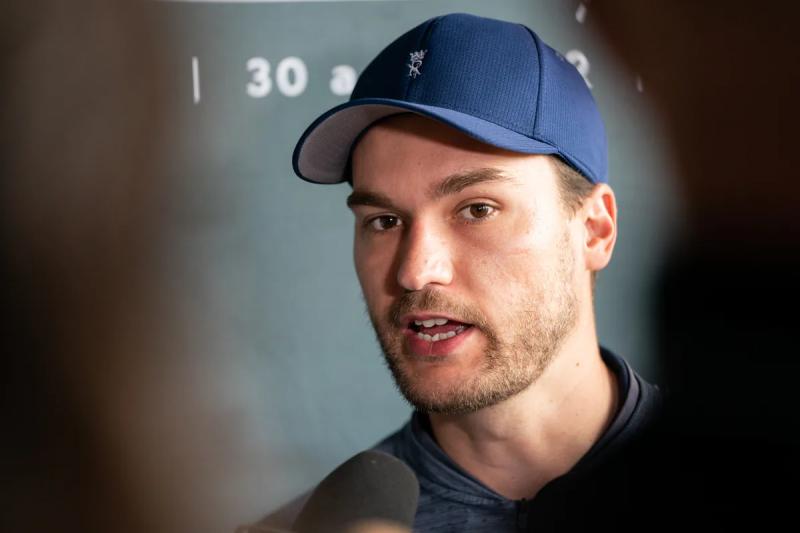 Bored by injuries in recent seasons, Montreal Canadiens forward Jonathan Drouin is still approaching his next year on the ice with optimism.

Number 92 showed up to his annual golf tournament at Le Mirage on Tuesday morning with a smile on his face, saying he was ready to take part in the team's training camp in September.

Operation on his right wrist ruined the end of his 2021-22 campaign after his other wrist got him in trouble a few years earlier.

However, Drouin is already working hard on the ice, including in the company of young hopefuls of the organization like Juraj Slafkovsky and Arber Xhekaj, with the aim of coming back strong.

And, good news, the mental health issues seem to have cleared up.

“My life is going really well. I am in the right place, especially with my child, and I see life differently, he said in particular. Every day I look at my little guy and it puts a smile on my face. It allows me to look at everything on the bright side.”

In 2022-2023, the Quebecer will be in his last year of a six-year, $33 million contract. Eligible for full autonomy at the end of the next campaign, he played 105 regular season games in the last three seasons and settled for 58 points. However, he admits that Habs fans haven't quite seen the best of him.

“There are times, yes, others, no, he replied on this subject. It's about staying healthy and being consistent. Last year I had a good start, even though the team was not doing well. It was going the way I had planned, with the camp I had just known. It will be like this again this year. My biggest challenge will be to stay healthy.”

Contractually, the importance of the coming season is real for the 27-year-old player, who is well aware of the current situation.

“It's the reality and it's something that I don't control. All I can do is have a good season for myself and for the team. I love playing in Montreal, especially with the new management and the new instructor.”

In fact, Drouin says he is “excited” at the idea of ​​evolving under the orders of coach- chef Martin St-Louis. While deploring his absence at the end of 2021-2022 having prevented him from getting to know his new boss quickly behind the bench, he also believes that the Montreal team will offer good times to his public.

“ I saw the change when Martin came along, with Kent Hughes and Jeff Gorton. With the draft and our young people, we are going in the right direction and I can't wait to get into all of this,” he said.