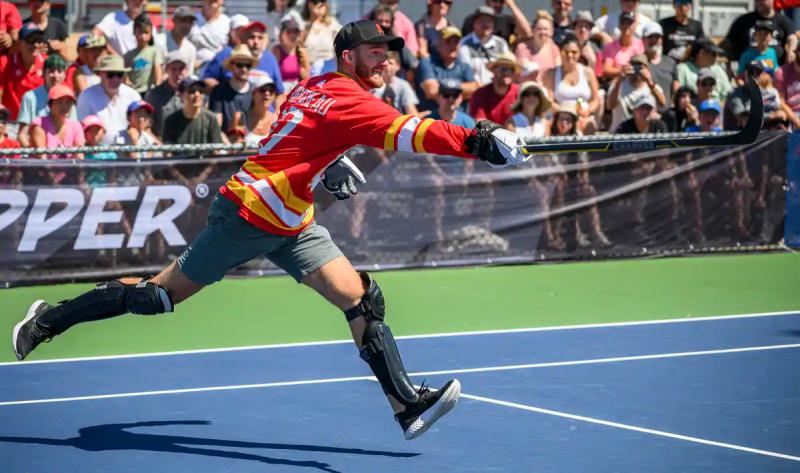 Quebec star forward Jonathan Huberdeau has indeed caught wind of the rumors that sent him to Montreal over the summer. However, this did not affect his desire to make a long-term commitment with the Calgary Flames.

The Saint-Jérôme native did not have time to digest that he had been involved, alongside Matthew Tkachuk and Mackenzie Weegar, in the transaction of the year in the National Hockey League (NHL), that some saw him continuing his career in a Habs uniform.

At the time of leaving the organization that drafted him, the Florida Panthers, Huberdeau was on track to achieve full freelance at the end of the 2022-2023 season.

However, two weeks later, he signed a staggering eight-year, $84 million agreement with the Alberta metropolitan team.

“I know that several people suggested that I play for a year in Calgary and then join the Canadian,” Huberdeau told the Sportsnet podcast “32 Thoughts”.

“Even if I love Montreal, I don’t know. I think it's a difficult city for Quebecers. The Flames acquired me. If the Canadian wanted to obtain my services, he would have concluded a transaction in this direction. I want to play for a team that wants me.”

Huberdeau will see his annual salary almost double from the 2023-2024 campaign, from $5.5 million to $10.5 million. That inescapable factor aside, the game maker was charmed by Flames general manager Brad Treliving's plan. Remember that they had just met in Montreal around a meal, a few days before Huberdeau affixed his signature to the bottom of his new contract.

“When Brad came to Montreal, we had a great discussion. We did not talk about a contract; we got to know each other better. I like his philosophy and the direction the team is taking.”

“I am joining a team that can win now. That's why I wanted to commit to this team and know that I will be playing in Calgary for the next nine years.”