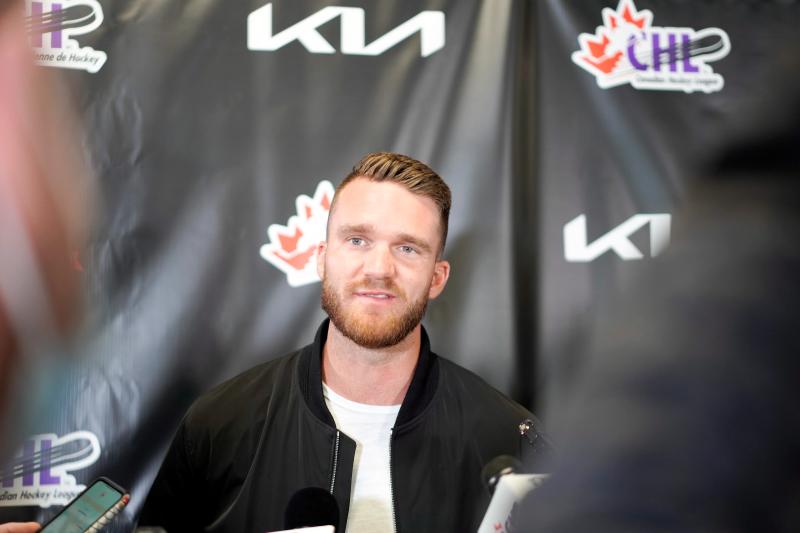 SAINT-JEAN, NB | Disappointed for Andrew Brunette that the latter did not obtain the confidence of the Florida Panthers to continue his adventure as head coach of the team, Jonathan Huberdeau still sees with optimism the arrival of Paul Maurice behind the training bench.

Coming in relief to Joel Quenneville during the season after the latter had resigned, Brunette had led the Panthers to the best record in the league in the regular season. However, the Florida team announced last Wednesday that they had reached an agreement with Maurice.

“He will bring experience, a bit like coach Quenneville, mentioned Huberdeau, present in Saint-Jean as a former member of the Sea Dogs as part of the Memorial Cup tournament. He won quite a bit everywhere he went. I can not wait to see. It is sure that his game system, I do not know it yet. He might change things, but I've been listening to podcasts lately and he's a good-talking guy. I had also met him at the World Championship [in 2014]. He looks really nice, he wants to win and seems to be passionate. »

The Panthers' star winger had nothing negative to say about Brunette who he hopes will agree to return with the team in the assistant role he held under Joel Quenneville.

“He did the job. It's boring for him because we loved him and he was close to the players. If he doesn't stay with us, I wish him the best of luck elsewhere because I'm convinced he's going to be a good coach. »

Perhaps the reason for Brunette's non-return behind the bench is that the team was unable to follow up on its regular season successes in the playoffs.

They lost quickly, in four games in the second round against the Tampa Bay Lightning.

“The two or three weeks after, you try to understand what happened. One thing is certain, we learned a lot, and that is what is important. We had a good team and we thought we would go far, but it didn't happen. To lose in four, it always hurts, especially against Tampa Bay, but you have to come back with strength. We will still have a good team next season. »

Huberdeau was back in Saint-Jean on Saturday, where he won three titles – twice the President's Cup and a Memorial Cup.

“Those are great memories. Just arriving at the airport, making the way to the arena that we had done so many times. We had good teams here and we really had fun. To see the guys again and remember the success we had here is always special. »

“We didn't like them, said he launched, speaking of the Cataracts. It's been a long time and I thought it was cool to see this game. »