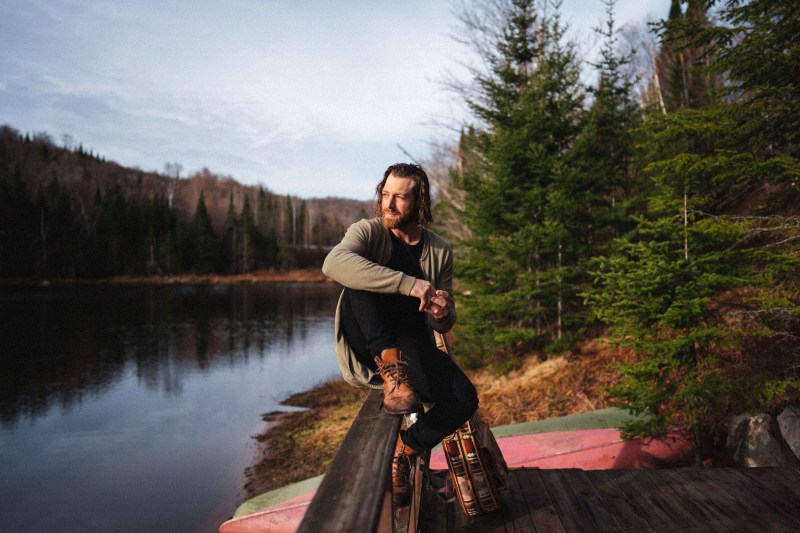 After opening for Lionel Richie in 2019 in Hawaii, Jonathan Roy will do it again in December for the mythical formation Earth Wind and Fire. He will take advantage of his time there to shoot two music videos.

Jonathan Roy will perform on December 10 at the Neal S. Blaidell Arena which seats 8,000 people.

“It’s going to be really cool and exciting to open for them. It's a beautiful place with extraordinary energy,” said the 33-year-old singer-songwriter in an interview.

Jonathan Roy admits, in all honesty, that he is not familiar with the disco and funk band from Chicago, except for the piece September.

“My father certainly knows them more than I do,” said one of Patrick Roy's sons.

< p>A meeting with an American show organizer is at the origin of these presences on this Pacific island.

“I participated in the performance of Corey Hart who was the first part of Shania Twain. He loved my voice and my music and asked me a few years later if I was interested in opening for Lionel Richie in Hawaii. He called me back this year for Earth Wind and Fire,” he said.

He will not be alone on the boards like in 2019. His musicians will make the 17 hour flight to Honolulu.

< p>Jonathan Roy will take advantage of his stay in Hawaii to shoot two music videos. One for a track from his new album Life Distortions which will be released on January 27 and another which will be a cover of Chris Stapleton's Cold.

“I always try to find special places for my clips. I will arrive a few days before the concert to do some location scouting,” he said.

The author, composer and performer intends to shoot one of the clips during his performance on stage.

“Usually, we do nine or ten takes to obtain the quality we are looking for. There, we will have only one chance and we do not know what it will give. We'll see,” he noted.

He will then undertake, during the launch of the album, a tour of 24 shows in Quebec. A series of concerts that will be interrupted in April and May to perform a first tour in Europe.

His presence on digital platforms and on his YouTube channel generates many visits from all over on the planet.

“I have 75,000 monthly subscribers on Spotify. With my YouTube channel, it's 400,000. We now have the financial means to start something there and hope that it will snowball, “he said.

With his new album, with extracts To Be Real and 21 Days already launched, Jonathan Roy believes he has produced what he has done best artistically. He will unveil, on November 18, the new single Stay in Bed (While the World Burns).

“I think people are going to be a little surprised at first. It's different from what I did on my albums and what people heard on the radio. I mix all kinds of things and it gives a particular and authentic sound. I did not want a uniform product. I do what I love and I feel that I am on my X, “he dropped.