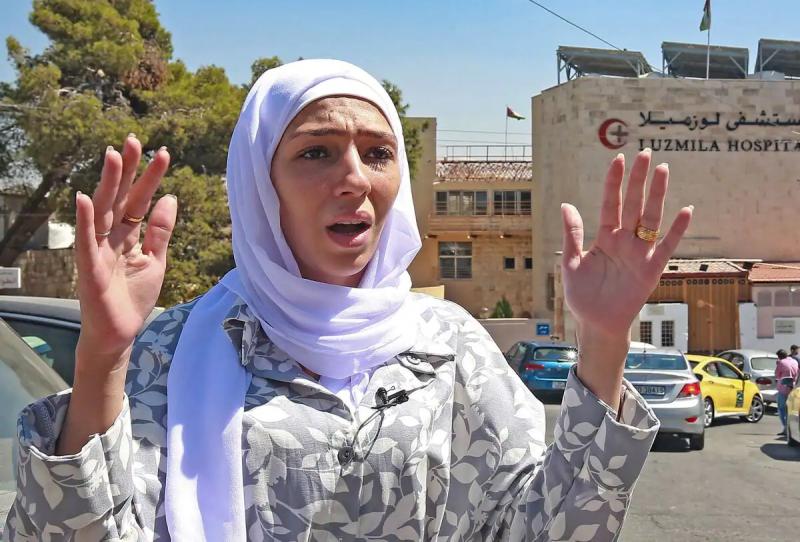 Jordanians found it hard to believe the news that many called a “miracle”. Malak, a four-month-old baby, was found alive under the rubble of a collapsed building in Amman, after being stuck there for more than 24 hours.

Malak (Angel in Arabic) was pulled from the rubble by rescue workers on Wednesday evening, the day after an old four-story building collapsed, killing at least ten people.

The baby miraculously found his parents, causing scenes of jubilation in his family and among the Jordanians.

Another survivor found Wednesday evening: a 45-year-old man, also called Malak. Four bodies were also extracted from the rubble of the half-century-old building in Jabal al-Weibdeh, one of Amman's oldest neighborhoods. wore pink pajamas and blue socks before putting him in an ambulance which sped off to the nearest hospital.

The miraculous suffered only a few bruises, said her mother Israa Raed to AFP, in front of the Luzmila hospital, where Malak, his only daughter, was.

“My joy is indescribable. I thank God. The doctor told me it was a miracle that my daughter was rescued from the rubble of a “collapsed” four-story building.

Israa, 26, said she had entrusted her daughter to a friend who lived in an apartment in the basement of the building.

“I left my daughter at home and I went away to deliver an order,” said the young woman who works in the cosmetics industry.

“About an hour later I got a call saying my daughter had fallen, so I ran like crazy. I thought maybe she had fallen out of bed, but when I got there I saw the whole building had collapsed.”

“The voice of a child”

“I shouted +where is my daughter+ and I wondered how all this could have happened”.

“Twenty-four hours more later, the rescuers told me they heard the voice of a child (…) I said + Lord, provided it is my daughter, ”she continued.

< p>“She was saved by a hole in the wall that she was able to breathe through,” according to her mother.

“When I first saw her, I recognized her by her pink pajamas. I screamed with joy and prayed to God for the others (people trapped under the rubble) to be saved”, adds Israa who however mourns the death of her friend and her daughter in the accident.

Malak's rescue has caused great relief on the Jordanian street.

“It is a divine miracle that they were able to get a girl of this age out alive,” he told AFP Houssam Abboud, 50.

Wissam Ziyadin, 42, said he did not believe the news when he heard about it from the media.

The The collapse of this building, on the other hand, caused tragedies within other families such as Abeer, a mother who lost her three children: Mohammad, 17, Malak, 9, and Amira, 12.

This woman, who lost her husband about two years ago, left her three children at home while she went shopping.

Jordanian prosecutors ordered three arrests in the part of the investigation, including that of the building manager as well as two other people involved in renovation work that was allegedly carried out on the building, according to the official Petra news agency.