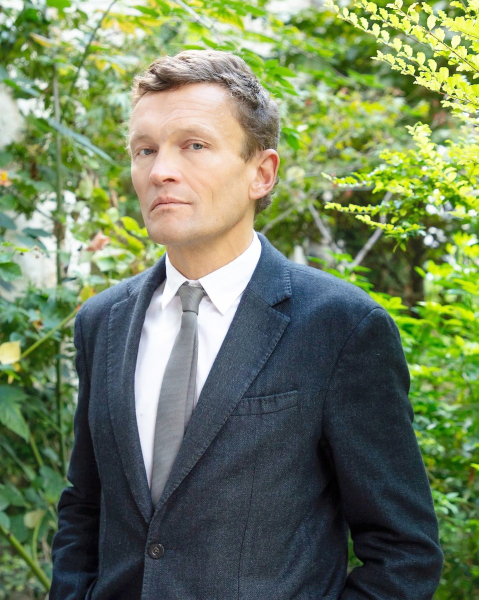 Far from being shy, the French writer Sylvain Tesson spent 85 days in the snowy heights of the Alps.

For more than a quarter century, Sylvain Tesson delights us with his travel stories. Over the years, it has allowed us to travel the Himalayas from east to west (The Walk in the Sky: 5000 km on foot through the Himalayas), to spend six months in an izba located on the shores of Lake Baikal (In the forests of Siberia ) or to go to Tibet in the hope of seeing a very rare species of feline (The snow leopard).

What do these readings show us? That Sylvain Tesson loves heights. The heights and the cold. He was in a cabin covered with snow when Daniel du Lac, the guide with whom he used to run the mountains, offered him a completely crazy new adventure: crossing the Alps on skis while staying ”  as close as possible to the axial crest “.

A year later, on March 8, 2018, Sylvain Tesson and his guide friend met in Menton, near the Franco-Italian border, to put this project into action. “I don't have any figures, no statistics, but I know that it's a course that is sometimes covered in one go in a hundred days between January and March, explains the travel writer that we joined in early November at his home in Paris. I know for example that the great Italian mountaineer Walter Bonatti did it. Crossing the Alps on skis is therefore not a first! » What is, on the other hand, is the way in which this experience in the high mountains will then be told to us in White.

Meeting at the summits

From 2018 to 2021, with three or four weeks of skiing each winter, the Tesson/du Lac duo will keep their word and travel at all costs to Trieste, the Italian city officially marking the end of the Alps. “I am still a teenager, I need the spectacular to excite my sensitivity, specifies Sylvain Tesson. I regret it, because my life would be much more restful if I could appreciate modest places. For now, I will still look for the extraordinary landscapes. » And on that side, he was really served during this trip. Breathtaking gorges, glaciers, wide open spaces, snow-capped peaks, steep slopes, brilliant blue skies…

But as we will soon discover, there was a price to pay for having the chance to admire all these incredible postcard panoramas. In addition to the precipices, violent gusts, impassable passes, 40 degree slopes and low temperatures, the risks of avalanches were always very real. Not to mention the physical fatigue and this blinding white everywhere around him. This White that Sylvain Tesson decided to write with a capital letter “because it invests the mind, forces self-forgetfulness and allows us to escape the prison of our ordinary lives”, underlines- he.

So, day after day, always White. We even wondered how he had managed not to mix everything up, to describe things with precision. “ I wrote in the evening what I had experienced during the day, confides Sylvain Tesson. It was a double journey carried out daily on the snow and in my notebook.

Then came the exercise in style, telling the story of the snow bringing its share of difficulties. “I'm thinking above all of the repetition since it was the same sets and the same thoughts born of these same sets,” he continues. The usual strategy of diversity that provides relief to the writer did not exist, so I had to look for different ways to relate.

The resulting narrative is as rich as 'instructive. Moreover, knowing that most of the great glaciers are destined to disappear soon, it could become a precious testimony. ” No, I don't write for that,” concludes Sylvain Tesson. I don't have that modesty. I write for my pleasure, I like to transform life into words. I believe that future generations have absolutely no need for my books, nor do glaciers. » Maybe, but we do.