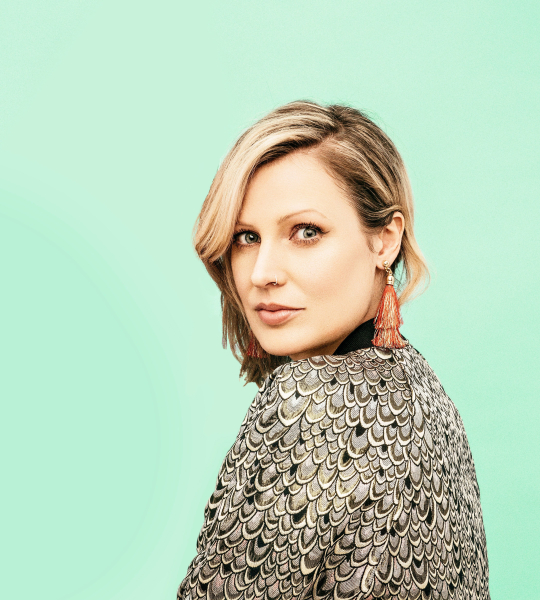 Luna loves animals, especially her dog Juju (pronounced Djoudjou), a dachshund. Juju is getting old and, one day, she doesn't wake up… In her second youth album, Justine Laberge-Vaugeois, of the musical duo Alfa Rococo, explores the mourning with delicacy.

Why did you want to address animal mourning, in children's literature?

In fact, I didn't necessarily thought of mourning when I left… When I wrote my first book, Un hérisson dans le belly, it was clear that I was going to talk about the anxiety of my daughter, Marine. Basically, it was a tool to help her, because she had big anxiety problems. When the book was published, I thought I had a problem: my other daughter would never forgive me for writing a story just for my oldest, her sister (laughs)! I started to think, to see what could well represent Luna…

In order to find a way to help her, too, to face something?

Yes. We had a dog, a dachshund, for years. Even though Luna was small and didn't know much about Juju, she told us about it every day. I didn't really know how to deal with this: a book on mourning or on the departure of the dog? Finally, I decided to broach the subject so that it would benefit as many people as possible.

It's funny, because I made this book for my daughter, but it really helped me too! My grief with my dog ​​was not done… I was very sad when she died, but it seems that in her last years – with two young children and my career – I was very busy. Juju was old and sick, she had become incontinent. Towards the end of her life, I wasn't super patient with her. Writing this story allowed me to “reconcile”. It came to help me in my own mourning.

Two albums of children's literature in two years. You're on a roll!

Yes, Un hérisson dans le belly came out in fall 2021, and now this one. At the moment, I am working on a new musical album. Except that, in my head, there are also plenty of books being created. I don't have a third child and it's not planned either, but I would like to do a third book (laughs)! Another book for children, but not necessarily inspired by my children.

Tell us about a funny, memorable or touching moment with your dog.

I had Juju quite a bit in Alfa Rococo's rise period. I picked her up from a dog breeder on a tour. She started her life with us, on tour! It was a little rock and roll, poor little dog. She had had a kind of burn-out; it was a bit too much!