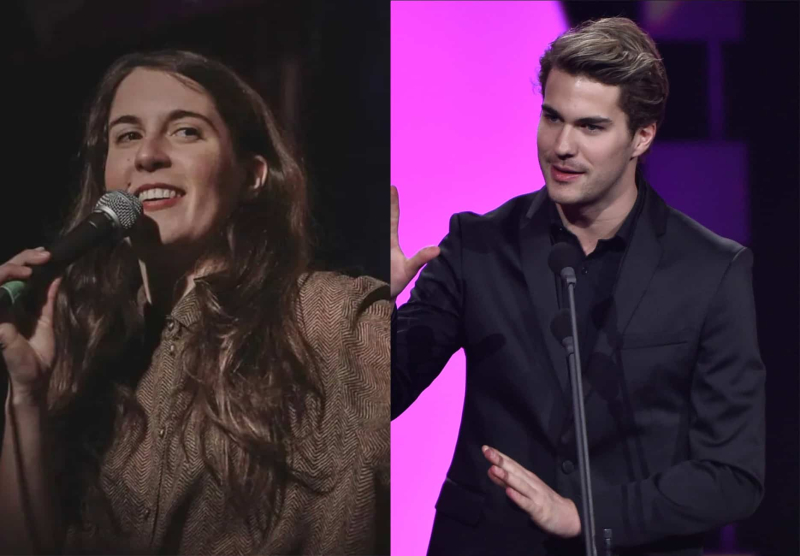 A woman who confided in La Presse and FM 98.5 about Julien Lacroix is furious with the daily and the radio station following this new investigation concerning the fallen comedian.

In a long Facebook post, Audrey-Anne Dugas talks about a cocktail of emotions made up of “anger”, “disappointment” and “profound disgust”.

The Press, under the pen of columnist Isabelle Hachey, and FM 98.5, in a podcast by journalist Marie-Ève ​​Tremblay, unveiled an investigation on Wednesday in which women, among the nine who had denounced Julien Lacroix for allegations of assaults and sexual misconduct, in the summer of 2020 in Le Devoir, now call into question their accusations against the comedian. Ms. Dugas is not among these nine whistleblowers, but she recruited some of them, according to the article.

“I am angry with these journalists who I trusted. Those who assured me on many occasions that this article was not an investigation into the journalistic practices of Devoir nor a way to whitewash Julien”, writes Ms. Dugas from the outset, herself even comedian, having founded the collective Pour Les Prochaines in 2019, which denounces sexual misconduct in the world of humor.

“I believed in a feature article, I finally find myself in front of a sensationalist column worthy of a bad series for teenagers on VRAK.TV. I find it hard to understand how such a sensitive subject can be the subject of a chronicle. No expert, a lot of innuendo and above all a butchered use of my speech. Both in the article and in the podcast, my quotes are taken out of context and are far from corresponding to reality,” she adds, saying that we tried, according to her, to “put the blame on her. this story”.

She believed, however, according to her interpretation, that the article in La Presse would make a “post-mortem” of the 2020 denunciations against Lacroix and that it would make it possible to approach “avenues of solutions” for support victims.

Against the “cancel culture”

She also says she is against the “cancel culture” and defends the passage of the article where it is a question of revenge on her part against Lacroix.

“To imply that I participated in the article out of revenge is particularly traumatic for me given my background. At the age of 4, I was sexually assaulted by a relative. I reported him, and after a year of trial, I saw him acquitted because of the “beyond a reasonable doubt” clause. I then had to continue to have this person in my life by being told repeatedly that this lawsuit was my fault and that I had made it all up.”

She “doesn't believe that Julien deserves to be ostracized from society or to receive death threats”.
“Having received dozens of them myself (some of them today), I do not wish this on anyone and I do not believe that this is a context conducive to repair. There is, however, a gap between not wanting an individual to suffer cyberbullying and letting them trivialize their actions in the public square,” she says.

She concludes by writing: “I sincerely hope that the media will stop building click machines by digging into the past of vulnerable people. I hope that we will give a platform to experts in sexual violence and rehabilitation to think about concrete solutions. I hope that instead of venting so much anger on social media, we will turn this energy into an engine of change. And I hope that instead of trying to change the pain, we will try to appease those who suffer.”