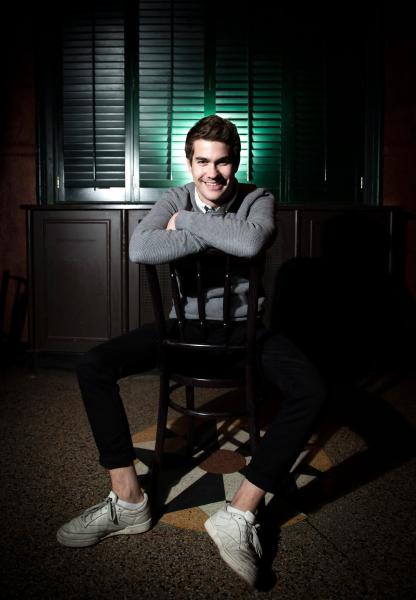 It's been two years since comedian and actor Julien Lacroix was targeted by allegations of sexual assault and misconduct.

It's also been two years that Julien Lacroix is ​​sober.

To mark his two years of sobriety, Julien Lacroix announced on Tuesday that he would be recording a podcast next week. This is called tiptoeing back.

But for some, even this timid return to the public space is too early, too big and above all, too “at the wrong time”.

When Julien Lacroix announced that he was coming back, many pointed out that he had chosen the wrong moment. Why ? Because this week, Quebec is in shock over this story of a sex-abusing engineer who obtained an absolution.

Except that the comparison does not hold water.

A dozen women contacted Le Devoirtwo years ago alleging having been kissed without their consent by Julien Lacroix and one alleging having been sexually assaulted. But none of the complainants has so far filed a complaint with the police. So no charges have been brought against Lacroix and none of the claims about him have been tested by the courts.

“In less than 5 days, I will celebrate my 2 years of sobriety, wrote Lacroix on his Instagram account. As I have been using since the age of 12, I am very proud of it. »

Le Devoir contacted some of the women who had testified two years ago. years old and one of them made such a startling statement that I reproduce it in full.

” What strikes me about Julien's uninhibited return is the timing and the situation in which it is taking place.

“Johnny Depp won his case, abortion is banned in several US states, and a woman from El Salvador has just been sentenced to 50 years in prison after her baby died at birth. The post-#Metoo backlash is striking and, for me, Julien's return is part of an international anti-feminist movement. It worries me a lot. »

Why a return “without complexes ” ? The guy is not going to rent the Bell Center or the Place des Arts! He will record a question and answer podcast in front of… 25 people and donate all proceeds “to organizations dedicated to the prevention of alcoholism and drug addiction among young people”.

What is the relationship with Johnny Depp (who won his case against Amber Heard)? This young woman who testifies in Le Devoirseems to have a funny opinion of the justice system. And what is the relationship between a comedian and comedian from Quebec who has never been the target of a police investigation and has never been tried and defamed for domestic violence in the United States?

< p>What's the connection between US Supreme Court Justices who prevent women from having abortions and a comedian who does a podcast in front of 25 people?

And one last question: how anti-feminist is an individual who has never faced justice, who has gone to therapy, who has lost all their contracts, come back for an evening, two years later, to talk for an hour with about twenty people?

Who decides when and how Julien Lacroix will be allowed to reintegrate into society?