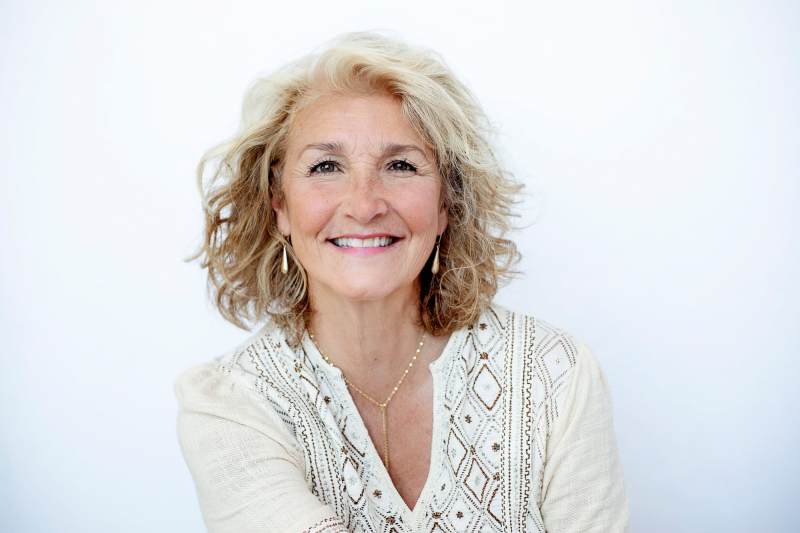 Hugely popular novelist – the Juliet seriessold more than 600,000 copies – Rose-Line Brasset invites her young readers to follow the adventures of her young heroine in the heart of Berlin, Germany. Referring to history, she seizes the opportunity to talk about the Berlin Wall… but also about the walls that sometimes stand between people, both literally and figuratively. Communication at all levels, even through the visual arts, is thus at the heart of this new novel.

In this new adventure, already the 18th moreover, Juliette and her mother fly to Germany. In Berlin, the trip takes an unexpected turn as two friends they met on a previous trip come to join them.

Juliette will have to learn to share her time and her space with a boy and will also meet a young Berliner with whom she will do her apprenticeship in the street arts.

Rose-Line Brasset was passionate about this new Juliette's story.

“It is the novel of which I am most proud, because I have the impression that it is the one that is the most mastered at the level of the themes that I wanted to approach young people,” she reveals in an interview.

“Yes, we talk about family life because Juliette, in the previous 17 volumes, often complains that she does not have a “real” family. She says all the time: I just have my mother and my grandmother. Even though mom says we make a three-point pizza, it's not much like family and I kinda envy my classmates who have brothers, sisters, aunts, grandparents, dads, all that.

“In Juliette in Australia, there was a little romance between his mother and an anthropologist in Australia who had a son. They became friends and there, we find them in Berlin. It is a surprise ! They will have to live together, because they have two lofts in a district of Berlin. Juliette will realize what it is to have a brother! »

Rose-Line Brasset also wanted to introduce the Berlin Wall, erected in 1961 and demolished in 1989, symbol of a divided Europe.

“I wanted to talk about the history of the wall, and it allowed me to talk about walls in communication. Sometimes people try to communicate and there is a wall between them. Sometimes, when Juliette's mother talks to her, she feels like she's talking to a wall…”

Some members of the same family also have trouble talking to each other and s 'listen.

“We find that in the novel, when Juliette tries to communicate with her “half-brother”, she also has the impression of talking to a wall. »

The novelist immersed herself in the history of the famous “wall of shame” and explains the context in which it was erected, suddenly separating West Berlin and East Berlin.

< p>“In 1961, when the wall was erected in the middle of the night, there were workers, dads, moms, older brothers, who had gone to work on the east side. When they wanted to go home, in the morning, it was not possible. There are families that have been separated. They were no longer able to communicate, but their love for their family members, whom they had not seen for almost 30 years, was intact.

“It allows us to understand how important communication is within a family and with the people we love. And at the same time, it is normal that there are certain pitfalls in communication. It is universal. Everyone experiences this. »

♦ Rose-Line Brasset is an author, journalist and globetrotter.

♦ She was born in Alma and now lives in in Quebec.

♦ She divides her time between her two children, travelling, yoga and writing.

♦ Rose-Line Brasset is working on the next volumes of the series, which will take you its readers in Florida and Boston.

“ It is said that people living in the West, but having spent the night on the East side to one reason or another, were never able to return home, and vice versa. Dads left to work at night at the other end of the city could not return to their children. Grandparents never saw their grandchildren again during their lifetime. Anyone caught attempting to cross to the other side without permission was invariably the target of gunfire. It was appalling! »