Since its debut in 2014, the Juliet series has been breaking sales records and that's understandable: the young heroine created by the author Rose-Line Brasset is as curious as it is endearing! This fall, Juliette will return for a new adventure in Berlin.

To date, more than 600 000 copies of your Juliet series have passed. We can now speak of “the Juliet empire” !

(Laughs) It's still something! I am writing the 19th volume, a story that will introduce Juliette to Florida. Naively, I had told my publisher that I would make him 69 volumes. We started with two books, Juliet in New York and Juliette in Barcelona. We continued like this, with two novels a year and then the comic strip arrived.

What makes Juliette such a winning and endearing heroine?< /p>

The big advantage is that Juliette does not age. She will always be 13 years old. Then the subject and the hero of each novel, it is always the destination that is experienced, felt and observed through the character of Juliette. We discover a city or a country and we “feel” it really because Juliette lives adventures, not to say sometimes disasters! 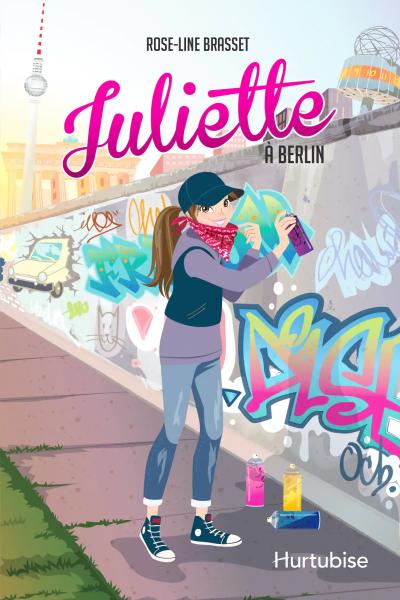 This fall, you will present Juliette in Berlin and the comic strip Juliet in Hawaii. Why did you want to guide Juliette to Berlin?

In 1989, when the Berlin Wall fell, I was there! I still remember the television bulletins where we saw the young people storming the wall. These are historic moments. With Juliette in Berlin, I wanted to talk about these communication walls that we erect between us… Parents will sometimes say that when they talk to their teenager, they like talking to a wall! I wanted to draw a parallel with the famous Berlin Wall which physically separated families for nearly 30 years.

What trip would have been the most formative for Juliette, as a young girl?

It's annoying, because each time, she learns so many things and faces difficulties… In < em>Juliette in London, Juliette has to take care of young children. At first, she is fearful, but she gradually gains confidence. Then, in Juliet in Athens, she is introduced to autism and difference. In Juliet in Rome, she is bullied and must find solutions. She becomes stronger. Juliette is constantly confronted with the problems of young people her age and each time, she finds solutions.

If you had one travel tip to give, what would it be?

To try to meet people and be invited into their homes, to see how they live. With luck, we can see what these people have in their fridge, in their drawers, etc. We have plenty of lessons to learn from the way other people live.