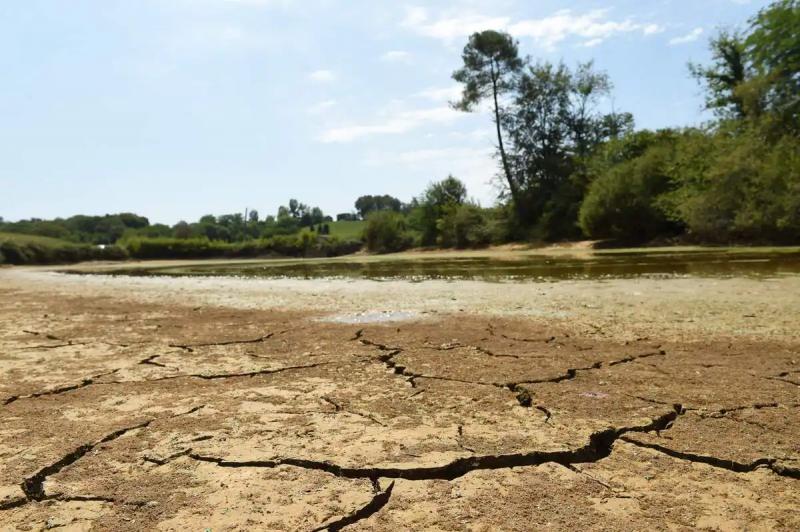 Last month was one of the hottest Julys on record anywhere in the world, the World Meteorological Organization (WMO), a UN specialized agency based in Geneva, said on Tuesday.

“The world has just experienced one of the three hottest Julys on record. And obviously, as we all know, a very prolonged and very intense heat wave affected parts of Europe,” WMO spokesperson Clare Nullis said at a press conference.

In a statement, the WMO, citing data from the Copernicus Service on climate change, explains that the past month will have been slightly colder than July 2019, but slightly warmer than July 2016 .

“But the difference between these three months is really very small,” said Ms. Nullis. “The deviation is less than the margin of error”.

And this despite the presence of the natural phenomenon La Niña, which, according to the WMO, “is supposed to have a cooling effect”.

Last month, the WMO called for leaders to “wake up” to heatwaves like the one Europe is currently experiencing, which are set to become more frequent due to climate change at least into the next few years. 2060.

According to the WMO, July 2022 did not make it to the top of the podium, as some regions of the world recorded below average temperatures along the western part of the Indian Ocean – from the Horn of Africa to southern India, over a large part of Central Asia, as well as over most of Australia.

In addition to the heat wave, certain regions of world are experiencing severe drought. According to the WMO, July was drier than average in much of Europe, most of North America, large parts of South America, Central Asia and Australia.

By contrast, wetter than average conditions were recorded in eastern Russia, northern China and a wide swath stretching from eastern Australia. Africa to northwest India through Asia.