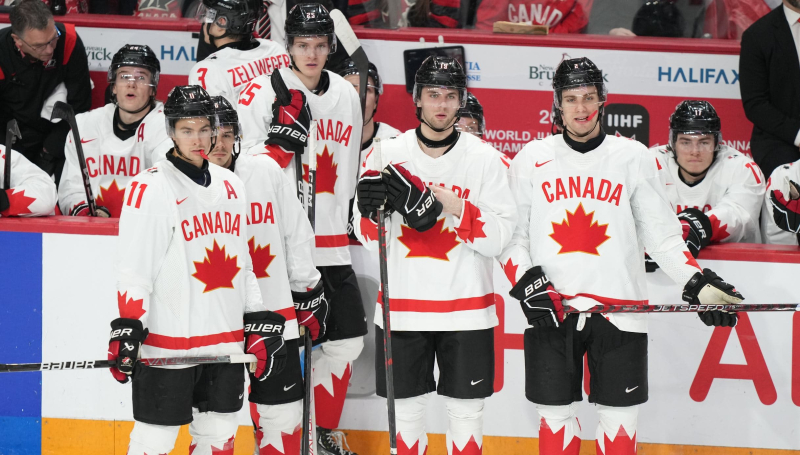 A major penalty, five goals conceded and a silenced crowd: Canada got off to an abrupt start to the World Junior Hockey Championship on Monday in Halifax, losing 5-2 to the Czech Republic .

Canada hadn't lost to the Czechs at the World Juniors since Dec. 28, 2013, but no team is safe from an upset this time around. annual classic. The Maple Leaf learned it the hard way by underestimating its tough rivals, who came to Scotiabank Center with a knife between their teeth.

Already trailing 2-1 after one period, the Canadian squad had a disastrous second period. Stanislav Svozil first doubled the Czech lead with a laser under Benjamin Gaudreau's blocker. Despite a retort from the prodigy Connor Bedard, the Canadian ship then sank.

While raising the ire of the assembled supporters, the officials awarded a major penalty to Zach Dean for a check at the edge of the legality he inflicted on Ales Cech. Controversial decision or not, the Czechs took the opportunity to send Gaudreau to the showers by scoring twice.

David Jiricek first mocked the Canadian defense to set the table for his teammate Jaroslav Chmelar, who made it 4-2. Then, Matous Mensik threaded the needle from a tight angle 33 s. later, putting an end to the Canadian goaltender's night's work.

In relief, Thomas Milic did much better, stopping all 10 shots he faced.

Canada was unable to demystify Tomas Suchanek in the third period to close the gap. He made 36 parries in the victory.

Even though the scoresheet says otherwise, the Czechs were the first to find the back of the net. However, on the sequence, Gabriel Szturc was assessed a penalty for obstructing the goalkeeper, and Canada benefited from a power play.

By deflecting the shot from Olen Zellweger's point, captain Shane Wright opened the scoring. The Maple Leaf took the lead for the only time in the game, and led for just 7:15. game.

David Spacek tied the game thanks to an excellent throw-in from Svozil. Just over 30 seconds later, David Moravec silenced the Mooseheads home. Ironically, he himself is a member of the Halifax team in the Courteau circuit.

In addition, Bedard and Adam Fantilli both attempted “Michigan” shots in the first period, but their maneuver proved unsuccessful.

Canada will take the lead again on Wednesday, when they face Germany.