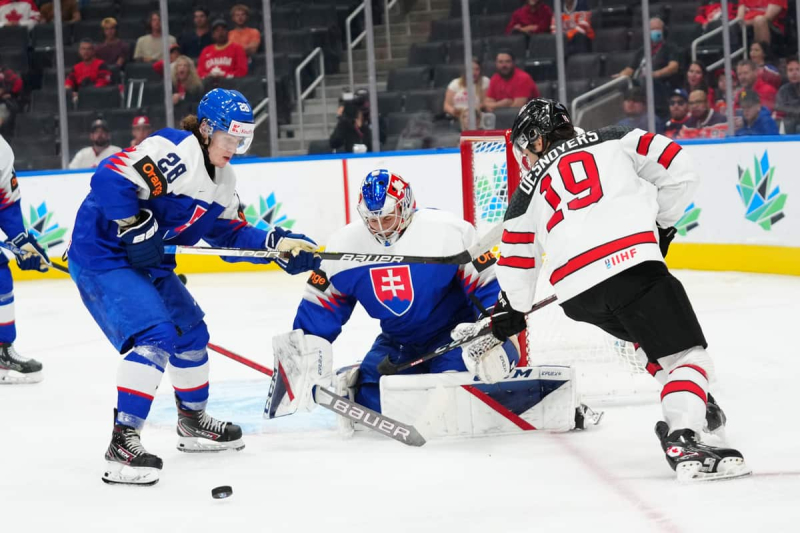 Montreal Canadiens prospect Filip Mesar had two points, including a goal, as the Slovaks sent Latvia to the relegation round of the World Junior Hockey Championship by virtue of a 3 win at 0, Friday in Moncton.

Mesar was an accomplice to the net of Simon Nemec in the third period before registering the third and last goal of the game with a little less three minutes to elapse. After a scoreless first period, Alex Ciernik opened the scoring in the middle frame.

After shining in a surprise 6-3 victory over the Americans, Adam Gajan scored a 28-stop shutout. His vis-à-vis Patriks Berzins, who appeared in all four games of his team in the preliminary round, was once again effective, saving 23 of the 25 pucks aimed at him.

Latvia is thus assured to participate in the relegation round. The nation that loses the match between Austria and Germany scheduled for later in Halifax will join the Latvians.

Slovakia, meanwhile, move into second place provisionally and will face Switzerland on Saturday. In the event of a victory, they could finish at the top of Group B. However, it will be necessary to count on an American victory against Finland for this scenario to materialize.