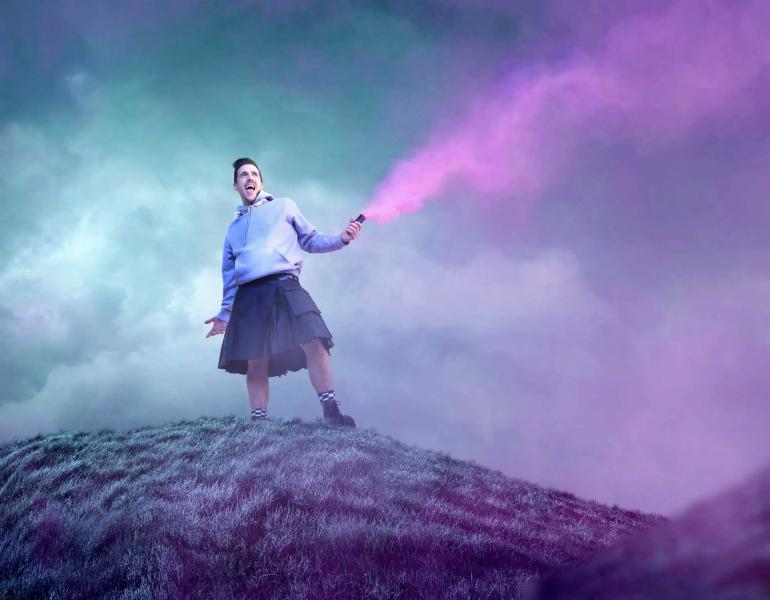 After two years of absence, Just for Teens is back this afternoon on the Place des Festivals. For the host, Pascal Morrissette, this event provides precious moments for young spectators and artists. “These are such nourishing exchanges.”

It is a very musical fifth edition that the organizers of Just for Teens have prepared this year.

“ It's going to be a rolling fire, says Pascal Morrissette. We want things to roll, so that there is no downtime for the young people who are on the Place des Festivals.”

When the pandemic hit, the Just for Teens team had already started work on this fifth edition. After having had to wait two years, the event can finally come back.

“When we got the idea that there was going to be a festival, we flipped! says the moderator. As soon as we announced it on our social networks, there were many young people who were happy to see it come back to life. Because it's a big party for young people. There are many adults who don't even know about it and that's fine. This event is aimed at young people.”

This afternoon, from 4 p.m. to 5 p.m., Just for Teens will present a show with several guests. Among them are Mathieu Dufour, Danick Martineau, Claudia Bouvette, Marie-Ève ​​Morency, Richardson Zéphir, William Cloutier, Julien Charbonneau and Rafaëlle Roy.

“The theme of the show will be Show your colors. We just wanted to assume that there is a difference in life. It won't be preachy at all. We come to celebrate who we are. It's going to be a colorful show. There will be everything. There will also be a representation of difference and diversity.”

At 5 p.m., it will be the turn of the popular meet up, where more than fifty personalities will come to meet the young people on “the alley of the stars”.

“They will be able to chat with the young people, take selfies, says Pascal Morrissette. It is a moment that does not exist elsewhere. We are happy that this is happening. Each time it ends, artists and young people tell us how nourishing these exchanges are. It's not just paparazzi. These moments are precious.”

Pascal Morrissette dreams of presenting Just for Teens at the Bell Center one day.

“We could make it a mega party like were The Salon Pepsi Jeunesse and Karv, the anti.gala”, he says.

Just for Laughs presented shows by Mike Ward and Mathieu Dufour at the Bell Center last week. Both events were very popular. Everything is possible for Just for Teens.

Just for Teens takes place today, at 4 p.m., on the Place des Festivals. The event is free. Info at: hahaha.com.