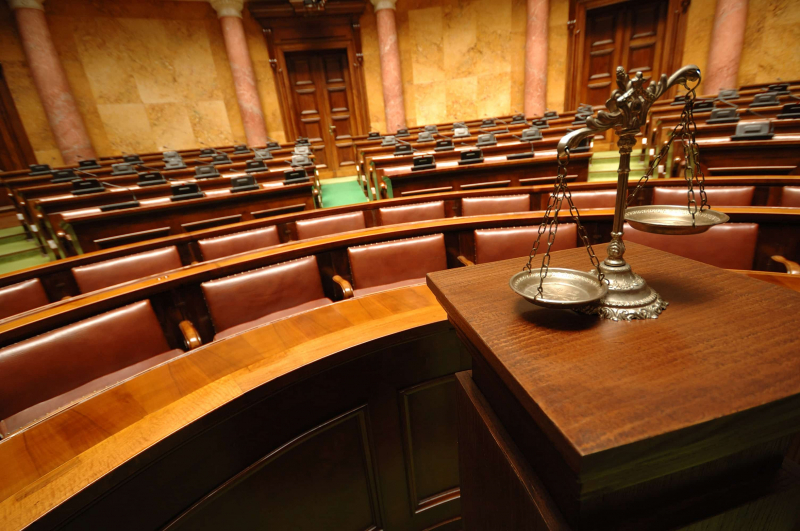 In a trial, we are very close to the theater, as the new show Verdict demonstrates.

Lawyers whose job it is to litigate know well that they are “acting”. As they have to convince a judge or a jury, they polish their toga effects in front of their mirror, rehearse their “best lines” ad infinitum, as the actors repeat their most scathing lines. The most renowned prosecutors find it hard to resist the temptation to go on stage themselves.

Jacques Vergès, the lawyer who had defended Lyon butcher Klaus Barbie, and a host of other equally indefensible defendants, performed solo at the Théâtre de la Madeleine in Paris to packed houses in 2008. Even if I don't I'm not so keen on court affairs, I had spent an unforgettable evening there with my wife. We got up spontaneously to give the old lawyer a standing ovation.

Just as we got up on Tuesday evening to applaud Marie-Thérèse Fortin and Paul Doucet, the two protagonists of Verdict, the show that we present at the Gésu and that we can then see in several cities in Quebec.

With a few hundred spectators, I had just listened in a religious silence to the two actors resume almost word for word the pleas of lawyers Claude-Armand Sheppard (Morgentaler case), Anne-France Goldwater (gay marriage), Jean-François Arteau (the death of Joyce Echaquan), Jacques Larochelle and Joëlle St-Germain (the trial for murder of Basil Parasiris).

More than one spectator had forgotten the sensational entry of a squad of police officers armed to the teeth into the Parasiris' house in Brossard, in 2008. The raid had cost the life of agent Daniel
Tessier. On the other hand, the arguments of Claude-Armand Sheppard to have Doctor Henry Morgentaler acquitted seemed almost fresh to memory following the recent quashing of Roe v. Wade by the Supreme Court of the United States.

Even if Marie-Thérèse Fortin humorously pleads the cause of Theo Wouters and Roger Thibault, the first gay spouses in North America, it is difficult to forget the picturesque plea delivered at the time by the inimitable Anne-France Goldwater. You almost have to regret that Master Goldwater is not part of the show.

Luce and Lucie Rozon, the producers of Verdict, are literally playing with fire by taking up the plea of ​​lawyer Jean-François Arteau before coroner Géhane Kamel, in charge of the investigation into the death of Joyce Echaquan at the Joliette hospital. This is the most moving moment of the show. Paul Doucet pulls off a remarkable performance. He is so persuasive on the controversial issue of systemic racism that he might succeed in getting Prime Minister François Legault fired, still convinced that “systemic” racism does not exist. in Quebec with regard to Aboriginal people.

In August, I wrote that TVA was far from going into “pole position” with his Indefensible series. At the same time, the daily was to face Stat at Radio-Canada, another daily produced by the seasoned team of Fabienne Larouche, an extraordinary producer. This was without taking into account the prodigious interest of Quebecers in legal histories, as I saw during the show Verdict.

Not only the legal series < em>Indefensible is holding its own against Stat – the two are neck and neck with 1.5 million followers – but Indefensible seems to be having an effect of training for the rest of the evening. TVA records its best ratings in ten years, far ahead of Radio-Canada.