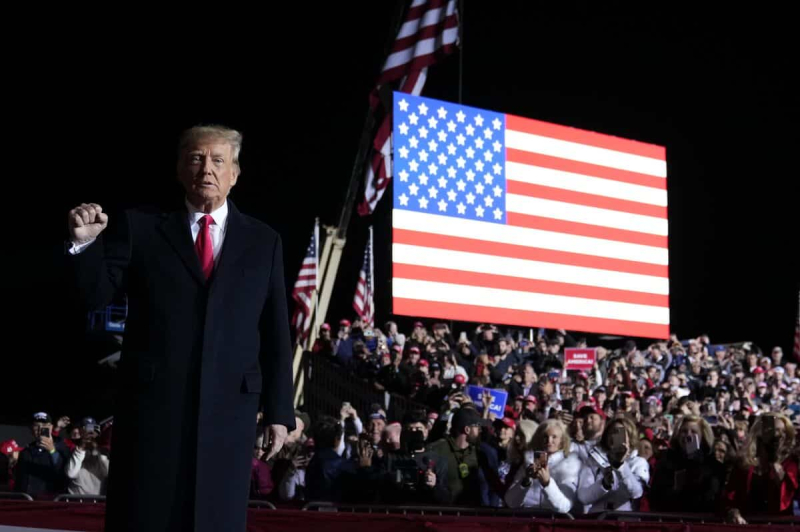 Just like me, you have probably noticed that the announcement of Donald Trump's candidacy for the 2024 presidential election has caused the dissatisfaction of several Republicans.

The latter tolerated all the pranks of the 45th president as long as they thought he would lead them to victory. This period is over. Last Wednesday, I pointed out that while strategists seem inclined to distance themselves from Trump, doing so while limiting losses among his supporters would not be easy.

Republicans may have gotten a boost last Friday from a man they once denied a seat on the Supreme Court: Merrick Garland. The United States Attorney General is pursuing two investigations involving the former president and has just appointed an independent special prosecutor.

The appointment should first be seen as a strategic choice on the part of Merrick Garland. He thus distances himself and helps to silence the accusations of partisanship that certain Republicans and those close to the former president do not fail to make.

Already in August, I argued that the Attorney General no longer had a choice and that he had to file charges against Trump. It probably will, but it seems wise to avoid any appearance of conflict of interest.

Will this appointment result in further delays? The question is important because it seems that by doing so, Merrick Garland sends the signal that he has the evidence he needs. At least that's what William Barr, the former attorney general under Donald Trump believes.

Jack Smith, an expert war crimes prosecutor based in The Hague, proves to be a wise choice if Garland wants things to go smoothly. Not only does he have a wealth of experience, but he says he is prepared to act swiftly and meticulously.

Smith's nomination came three days after Trump's announcement. If the former president wanted to avoid legal proceedings by getting started quickly, nothing prevents the independent special prosecutor from carrying out his mission.

Contrary to what former FBI director James Comey did in the case of Hillary Clinton, we generally avoid intervening in the last days of a campaign, but in this case, she did not even started. Jack Smith therefore enjoys more time than he needs.

It is increasingly likely that the 45th President will have to answer for his actions in the two investigations of the Department of Justice. His handling of secret documents at his residence and his contribution to the assault on the Capitol cannot be ignored.

Integral, cautious and courageous, Merrick Garland seeks to restore the image of a shaken Department of Justice by the management of the previous administration. In doing so, he may well unwittingly make it easier for Republicans not to have to bear the ugliness of Trump's departure.