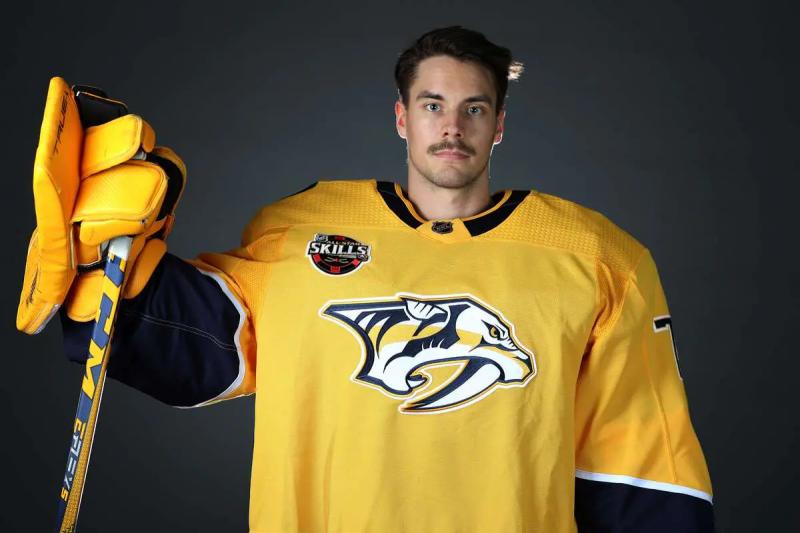 Nashville Predators goaltender Juuse Saros could have kept all the bitterness in him after being sidelined during his team's brief stint in the 2022 playoffs, but he'd rather talk about the future with enthusiasm.

A lower-body injury suffered in late April, shortly before the conclusion of the regular season, ruined the 27-year-old's spring and the slim chances of his people achieving success in the “real season”. The good news is that he says he's ready to start training camp and the next campaign.

“It's going well, I'm excited for the new year. It's nice to come back and see all the guys here,” he told the club's official website earlier this week.

These comments contrast with his feeling of helplessness when he fell in battle. “It was frustrating. We were waiting for these parts of the playoffs and I got injured just before. It was really annoying,” he insisted.

If the happiness of Saros translates into victories, the “Preds” will live happy days. Besides, they have good reason to be optimistic about their trusted man in goal. Last year, his performances earned him a candidacy for the Vézina Trophy. Saros went 38-25-3 with a 2.64 goals-against average and .918 save percentage.

“Certainly it was very special and pleasant to be nominated, but it didn't really change anything for me. I'm very, very hungry to get back to action,” he said.

Nashville is keeping its fingers crossed that the Bettman Tour leader with 67 games played last season n have no other physical glitches. In his absence, the Predators suffered the sweep at the hands of the Colorado Avalanche in the first round. This summer, the organization hired Kevin Lankinen to back up their regular keeper.

“I felt good the whole campaign. My body and mind were healthy and I enjoyed having the opportunity to play a lot, he considered. On the other hand, when you have more work, you have to add elements to your training routine in order to keep your body strong.