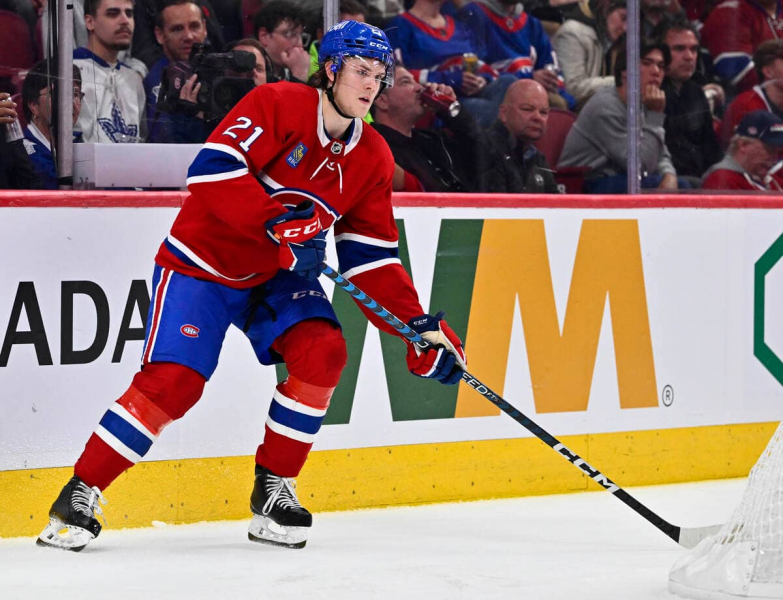 Kaiden Guhle wore the “C” for captain with the Prince Albert Raiders in the Western Junior League and with Team Canada at the Junior World Championship.

He has the seed of a leader. It shows on the ice. It is also felt in the locker room. When you close your eyes and listen to him speak after a meeting, you could hear Shea Weber. He has already stolen a few quotes from the book of the former captain of the Canadiens.

He will always talk about the team and very little about himself. When reminded that he was the most-used player on both teams with a time of 24:43, slowed Sidney Crosby's line and got his first two NHL assists , the Albertan kept both feet on the ground.

“I felt good, but it's just one game. At midnight, I will forget it. I was happy to put in a good performance against a good team like the Penguins, but it's still just a game. “

” It's cool to get my first two points, but I'm even happier with the victory, he continued. It was a pleasant meeting, the supporters were happy at the end. We have managed a good comeback, we are talking about a team victory. »

Guhle has a minimal four-game NHL experience. In three of his first four meetings, he exceeded the 20-minute mark. Without going too big a prediction, we can already assume that he will establish himself as a number one or two defenseman in the NHL.

Inside the locker room, Jake Evans has sums up his big league debut nicely.

“He only played four games in the NHL,” Evans said. For a young defender, he already finds himself against the best lines of the opposing team. You probably can't find tougher matchups. But he is incredible, he slows down the best players on the opposing team. He has a lot of confidence.

“I'm very impressed,” continued Evans. He has a lot of confidence and passion. In my first games in the NHL, I would never have attempted such plays. He managed a great backhand pass for Nick (Suzuki). »

Since the day of his draft, Guhle has been hearing comparisons to Weber. Nick Suzuki didn't jump when told that some scouts described him as a defender in the mold of the former number 6.

“Kaiden is slowly coming out of his shell, but he talks a little more in the locker room, Suzuki pointed out. I have the feeling that we will hear it more and more. On the ice, he plays in a really calm way. He's physical, he moves the puck well and he reads the game well.”

Martin St-Louis also had bright eyes and a smile in his voice when talking about Guhle.

“You see his skills and his confidence. It has a very high ceiling. He already has a good floor, a good foundation.

If there is a positive aspect to the injuries to Joel Edmundson and Mike Matheson, it is undoubtedly the greater responsibilities given to Guhle at the start of the season. He won the trust of St-Louis and Stéphane Robidas in a very short time.