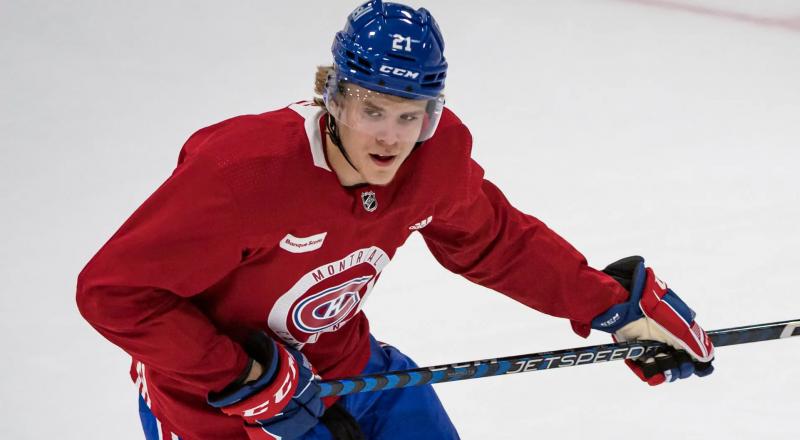 According to Rob Ramage and Francis Bouillon, defender Kaiden Guhle stood out for his professionalism during the Montreal Canadiens rookie camp.

C 's what the men who hold the positions of director and coach of player development at the Bleu-Blanc-Rouge, respectively, underlined on Tuesday.

“It's been a few years since I I'm Kaiden and he's got the attitude of a pro,” Bouillon said. He plays well on the ice. When you meet him outside the rink, he's a guy who gives off something. He wants to succeed and he will make the sacrifices to do so.”

“As a former defender, I love watching him play. He is a leader. He was a professional before he was one when he was playing junior,” said Ramage.

a position on the blue line of CH among the young defenders of the organization, according to Bouillon.

“He is very close to the National League. For me, he is one of the closest in our crop of hopefuls that we currently have”, he did not hesitate to say.

Last year in the uniforms of the Pince Albert Raiders and the Edmonton Oil Kings, the Canadiens' first-round pick (16th overall) in 2020 had seven goals and 33 assists for 40 points in 42 games. . He played in the Memorial Cup tournament with the Oil Kings and was a member of the Canadian team at the World Junior Championship, before the tournament was postponed due to COVID-19.

Logan Mailloux finds the other recruits

Still with the CH's young fullbacks, Logan Mailloux trained with the organization's other hopefuls on Tuesday, but with a jersey prohibiting contact.

The first-round pick (31st overall) in the 2021 draft was unable to to participate in the rookie tournament in Buffalo last week. Mark Hunter, general manager of the London Knights, Mailloux's OHL junior team, mentioned in early September that the guard was not fully recovered from a back injury. shoulder suffered in the spring.

Mailloux hasn't tasted action since injuring his shoulder in a fight on March 6. In 12 games before being sidelined, the Belle River native scored three goals and provided six assists for nine points.

Recall that Mailloux had been suspended for a good part of the 2021-2022 season after having found himself at the center of numerous debates in the media and social networks. He shared photos of a young woman he had sex with in Sweden without his consent. The CH has also been criticized for having drafted the skater, despite its own recommendations not to proceed in this direction.