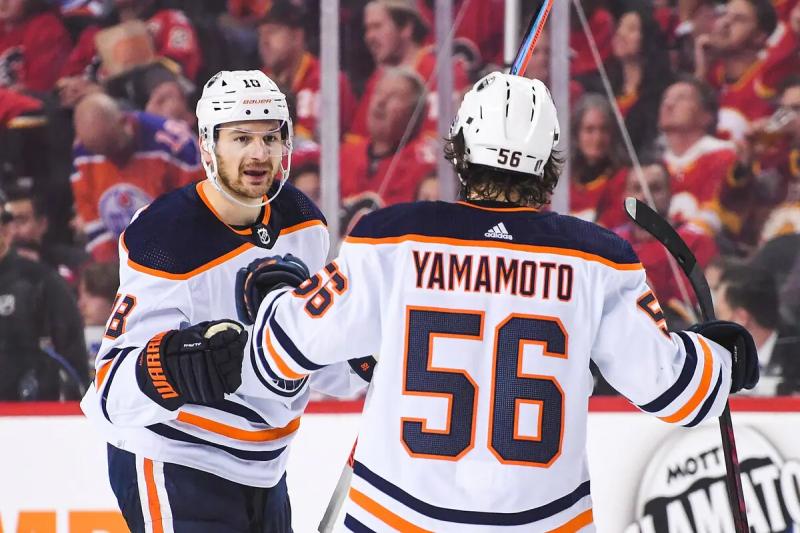 Forward Kailer Yamamoto and the Edmonton Oilers avoided salary arbitration on Wednesday by agreeing to the terms of a two-year contract.

The 23-year-old winger was rewarded after enjoying his best campaign of his career, who will receive a salary increase of almost $2 million per season compared to his last pact. His new deal is worth $3.1 million a year.

Yamamoto scored 20 goals for the first time in 2021-22, while adding 21 assists in 81 matches. He maintained that pace in the playoffs, picking up seven points in 14 duels.

Despite his small frame, which is reminiscent of that of Cole Caufield, the American was the Oilers' second striker who blocked the most shots (36) and the fourth most hits (114) last season.

Former first-round pick, 22nd overall in 2017, Yamamoto has 40 goals and 93 points in 186 games in the National Hockey League, all played with the Oilers.