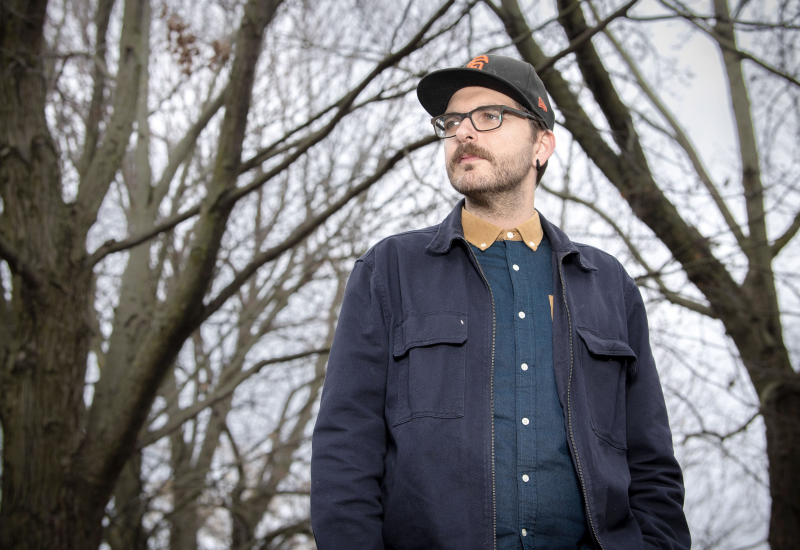 He's been the guitarist for the popular band The Franklin Electric for 8 years, writing songs for country artists (like Travis Cormier of The Voice< /strong>) and does projects with several popular artists (including singer Meghan Oak). However, this is the first time that Ken Pressé has taken center stage by releasing a first solo album, In My Mind. An opus he wrote and directed from A to Z.

A solo album, Ken Pressé has always wanted to deliver one; the very idea, it must be said, made him nervous. “It took me a long time to release my project, because the artists experience a lot of insecurity, explains the 35-year-old musician. There is less pressure to be a guitarist than to be a singer. I'm also a producer, I tour with the band, I'm a sound engineer. At some point, we enter the day-to-day and we forget our dreams a little.

This dream came back to him during the shutdown forced by the pandemic. For the first time, he was able to sit down to make an album. “For me!” And to say everything he wanted to say, without compromise and without filter.

“With my songs, I reveal myself”, confides the artist who has produced a beautiful album of ten songs, including two in French. Melancholic lyrics and catchy, positive music make this debut album – recorded in his home studio – an offering that feels heartfelt, luminous and thoughtful.

I Lost You and Sometimes are his two favorite songs from the album. For the singer, these are the songs in which he was the most transparent and honest.

He thanks Fred St-Gelais, who notably wrote the French translation of the piece In My Mind (I confess) which is already playing on the radio. “It's a piece that resembles me, because I am an overthinker in life”, says the musician who grew up in English and whose mother was born in Egypt.

His next album, he sees it as a collaborative album. Because he is always thirsty for sharing ideas and working with other artists.

The album In My Mind by Ken Pressé is on the platforms.