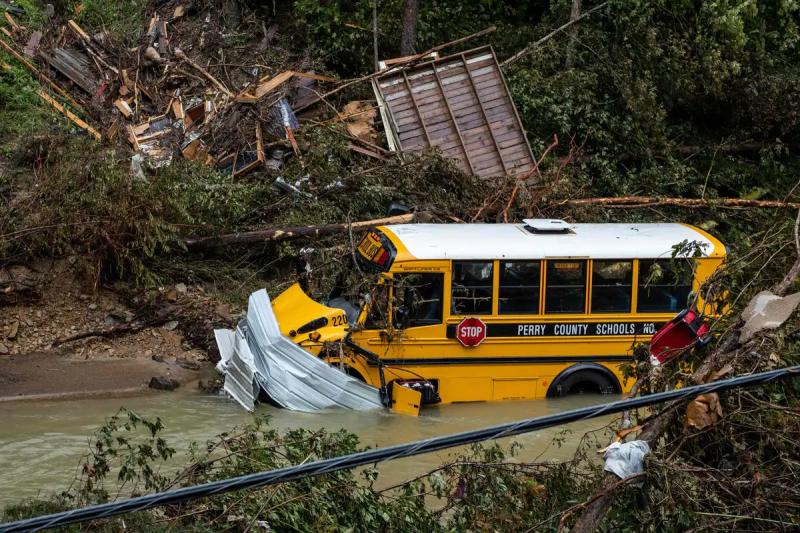 The still provisional toll of the devastating floods in Kentucky has risen to 35 dead and the bad weather continues, said Monday the governor of this southeastern American state, who had warned that bodies would continue to fall. 'for weeks'.

“More difficult news. We have had confirmation of more deaths in the Eastern Kentucky floods. We have now lost 35 people,” Andy Beshear tweeted.

“Today will be another hazardous weather day for Eastern Kentucky with more rain expected in the area. until tonight,” he warned.

“Isolated flash floods and damaging winds are possible, and we urge people in hard-hit areas to seek shelter on higher ground,” added the official, who ordered flags to be lowered to half-mast in state buildings.

“As if the situation wasn’t bad enough for the people of this region, they are having rain right now,” he insisted during a point release.

The floods, which began last week and are among the most severe to ever hit Kentucky, have turned some roads into rivers, washed away bridges and swept away homes in one of the poorest regions of the country.

The damage caused to mobile phone antennas complicated the rescue and the estimation of the number of dead and missing.

On Sunday, the governor had claimed that bodies would be found “for weeks, many of which will have been carried away tees for hundreds of meters”.